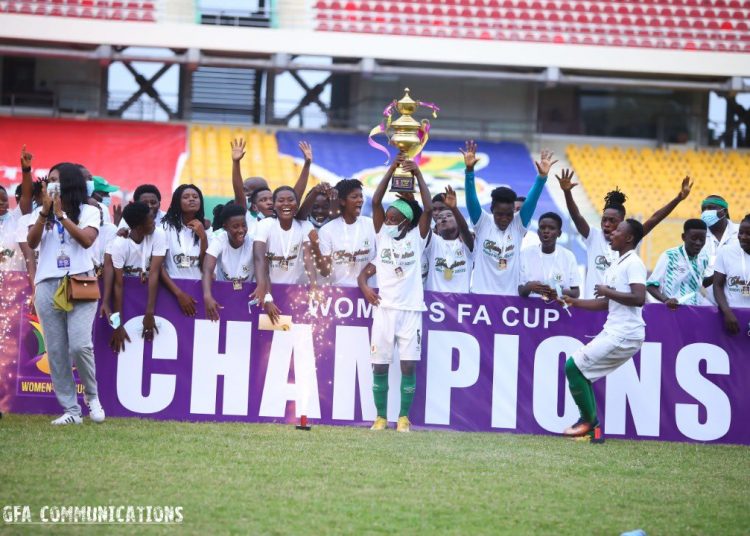 Hasaacas Ladies defeated Ampem Darkoa Ladies 2-0 in the 2020/21 Women’s FA Cup final on Saturday to complete an unprecedented domestic double after beating the same side to the Premier League title just last weekend.

The Sekondi-based team scored the opener through Doris Boadiwaa in the 25th minute. She pounced on a counter attacker to beat the Ampem Darkoaa Ladies defence.

Just at the stroke of halftime, striker Milot Pokuaa doubled Hasaacas Ladies’ score after capitalizing on a defensive error by Ampem Darkoa.

Nana Adarkwaa’s ladies once again couldn’t beat the resolute Hasmal defence spearheaded by experienced Janet Egyir to find the back of the net.

Before the finals of the FA Cup, Hasaacas Ladies defeated Ampem Darkoa in the Champion of the champions to win the Premier League title.

The win is Hasaacas Ladies’ first FA Cup title after missing out on the previous two.

The ‘Dooo’ ladies will represent Ghana in the maiden edition of the Caf Women’s Champions League which will commence this coming August.