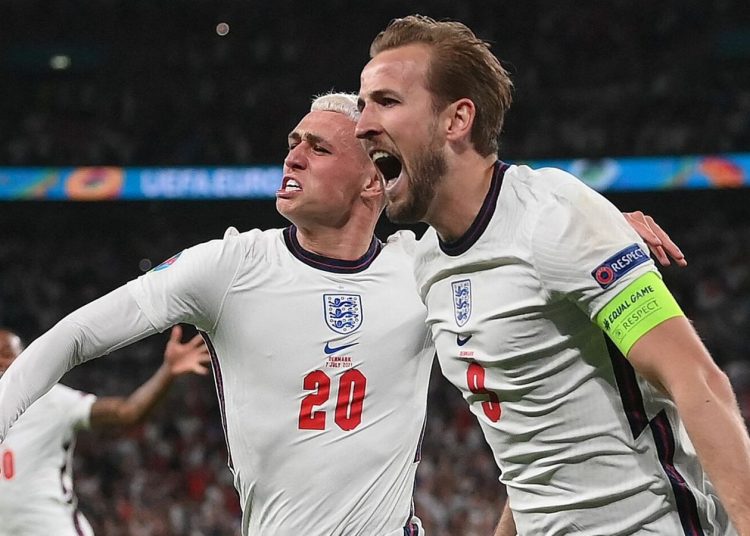 England captain Harry Kane fired his side into their first European Championship final by slamming in the rebound to his saved penalty in extra-time, as Gareth Southgate’s team eclipsed the manager’s icons of 25 years ago with a hard-fought 2-1 win over brave Denmark.

Southgate has carried the pain of his shoot-out penalty miss at Wembley since Euro 96 but his Three Lions wrote their own history on Wednesday night, setting up a Sunday showdown with Italy back at Wembley.

It was far from straightforward, with Mikkel Damsgaard breaching England’s previously watertight defence with the first direct free-kick goal of the tournament on 30 minutes after the hosts had made a fast start.

But England forced an equaliser home through a Simon Kjaer own goal and while they could not get the job done in 90 minutes against an increasingly-tired Danish side, who had flown back from their quarter-final in Baku, the majority of the 60,000 fans back at Wembley roared with delight when Kane eventually beat the otherwise brilliant Kasper Schmeichel.

For Denmark, it is a valiant end to an incredible story at this tournament, and they deserve huge praise for what they have achieved after the shock of Christian Eriksen’s cardiac arrest in their first match.

But England and their supporters can now look forward to one more match and the country’s first major tournament final since 1966.