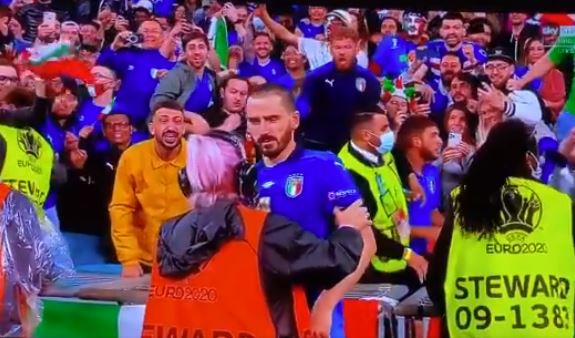 Wembley was rocking on Tuesday night during Italy’s celebrations after their penalty shootout win over Spain in the Euro semis.

The stewards had a tough time keeping the jubilant Italian fans in the stands in check as the players celebrated with them.

One steward, clearly overwhelmed, saw something blue move in front of her and reacted, grabbing the figure without a second thought. 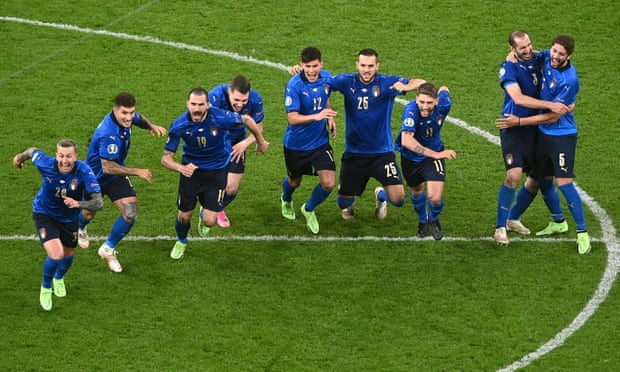 However, it turned out that the figure was that of Italy defender, Leonardo Bonucci, who was as shocked as everyone else by what had just happened.

He tried to pull away from the steward who held on before appearing to realise who it was.

Credit to Bonucci, he laughed off the incident and gave her a hug before continuing with his celebration.

Bonucci’s face when he realizes the steward thinks he’s a fan trying to get on the field is priceless.

Bonucci laughing and giving her a hug after she realizes (probably with horror) her mistake is even more priceless.pic.twitter.com/bKTYPeNPKl