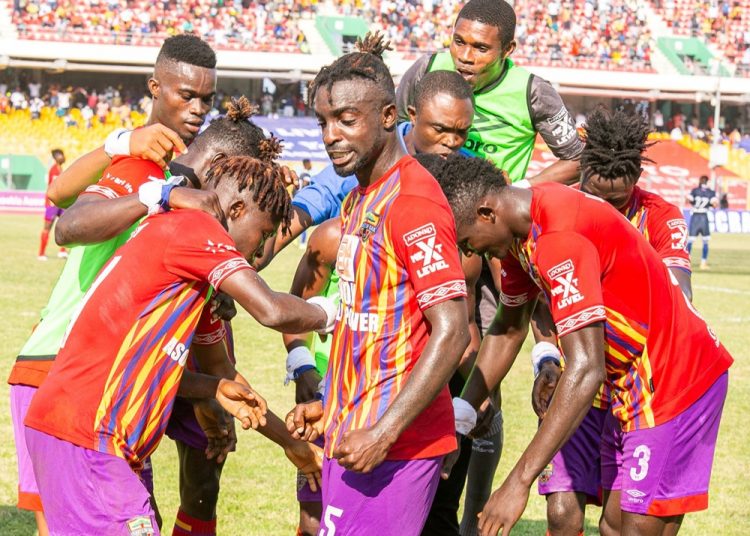 Confirmation of Accra Hearts of Oak’s 2020/21 title win has sparked wave after wave of celebrations from their supporters across the country, even days after it was official.

Fans of the Phobians had been starved of success for a long time and this win felt long overdue for one of the country’s biggest sides.

Beating their fiercest rivals, Asante Kotoko to the trophy must have made the victory sweeter for Hearts fans who have had to live in their Kumasi-based foes’ shadow for the last few years.

The stats prior to this season made grim reading for the Phobians but this season’s numbers have shown exactly why Hearts of Oak are Premier League Champions and deservedly so.

Hearts of Oak have played 33 matches (so far) this season and have won just under 50 percent of their games, with 17 victories.

Of those wins, 12 have come at home while five came on their travels.

They have also lost just six times so far this season and drawn 10 matches.

This has left them with 61 points, four clear of their closest rivals, Asante Kotoko on 57 points with one game to play. 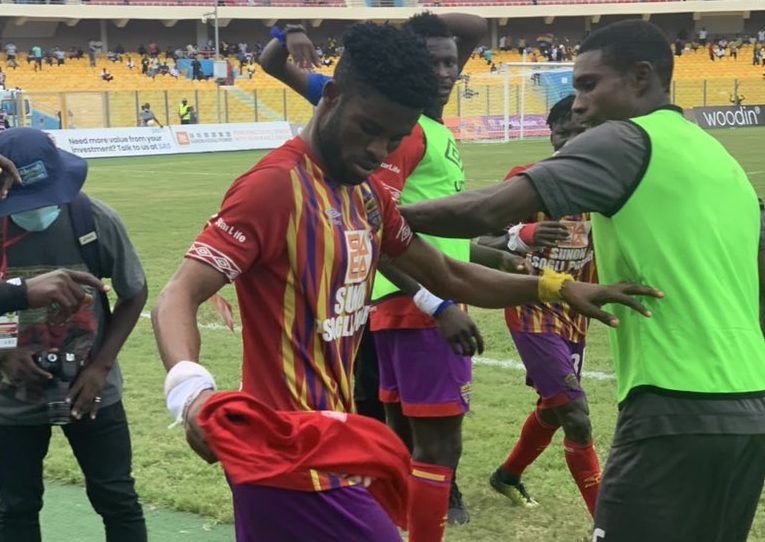 The Phobians have cycled through a few head coaches this season including Edward Nii Odoom and Kosta Papic before settling on Samuel Boadu, who led them to the title.

Hearts have scored 45 goals under their various managers this season, and impressively conceded just 22, an average of less than one goal a game.

Their top scorers this season, Kojo Obeng Jnr (10), Victor Aidoo (7) and Benjamin Afutu Kotey (5) have combined for almost half of the club’s goals this season. 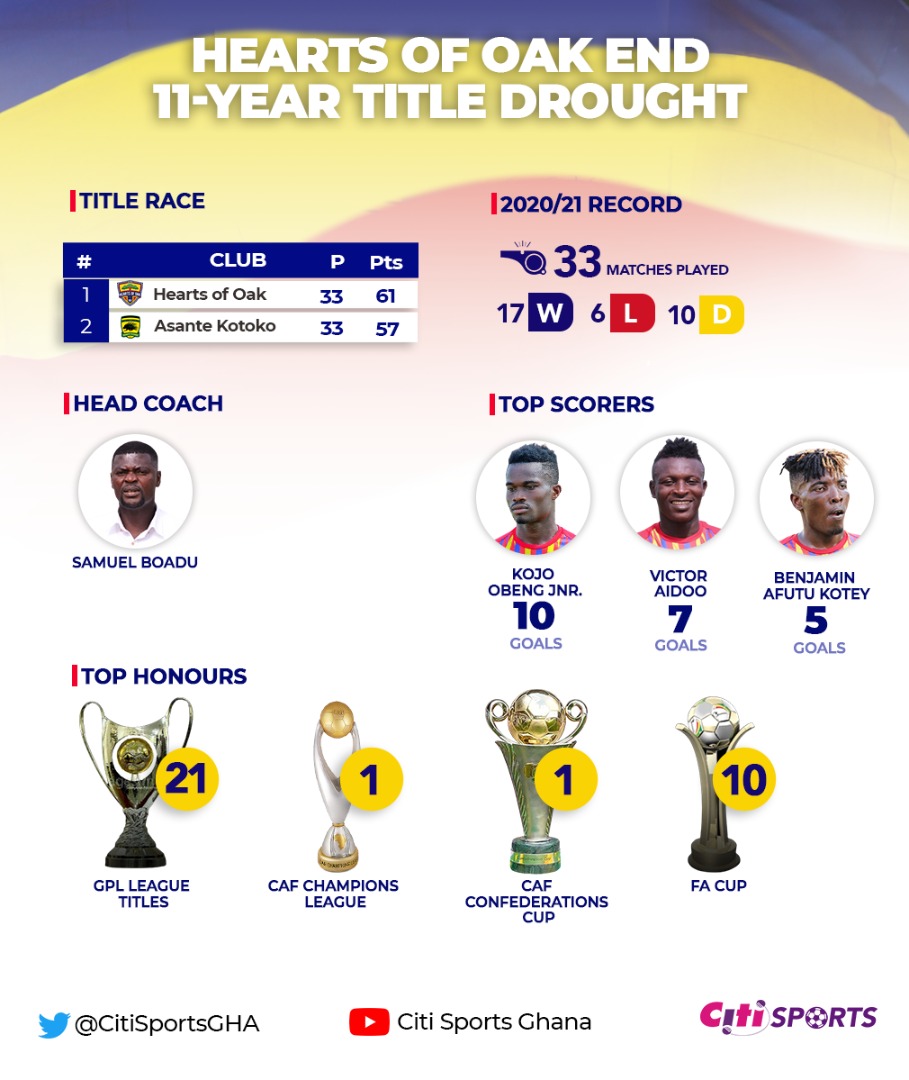 Another Major Honour After Years of Misery

Hearts of Oak’s title win came over a decade after their last triumph in 2009.

It was an unwelcome period of longing for Hearts of Oak fans for a 21st league title, but when it finally came, it was worth the wait.

Hearts also have a chance this season to complete a double and add to their 10 FA Cup titles.

Next season they will play in the CAF Champions League, seeking their second trophy. 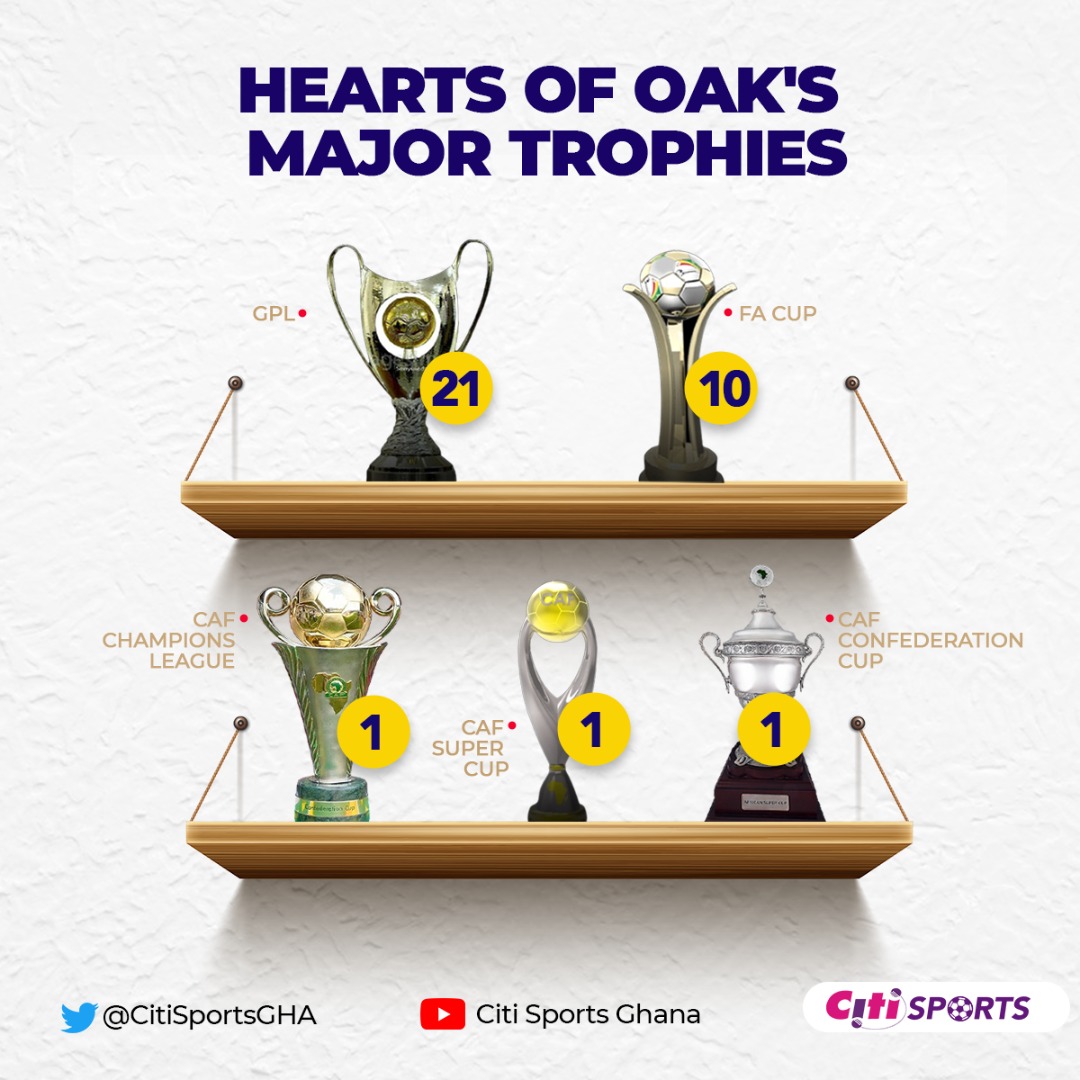