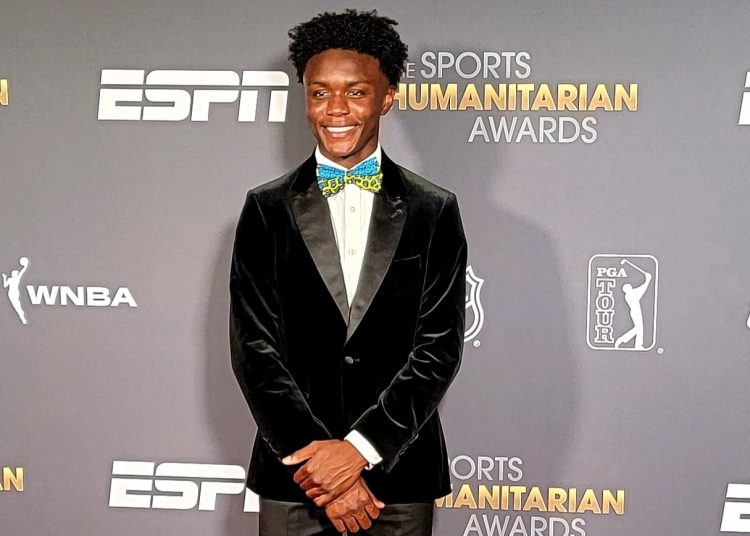 The Ghanaian American has been heavily involved in trying to make his community of Spartanburg, South Carolina a better place since he turned twelve.

Adom’s work has revolved around helping out his community in issues such as health disparities as well as racial inequality.

His work evolved overtime and eventually led to the establishment of his own nonprofit known as Ball4Good which harnesses the power of Sports to effect change in his hometown especially with social issues.

His initiative has thrived over the years and thus has been able to raise over $100,000 to aid local food drives while also supporting the Martin Luther King Jr Day basketball camps.

As a young leader thriving in his community, his vision for Ball4Good is to empower other kids to be able to also become vibrant community leaders to enable them influence decision making.

They have so far undertaken a number of volunteer campaigns and provided grants for organizations addressing local issues with sports as a catalyst.

As part of efforts to help in the face of the Covid – 19 pandemic, Adom and his team of youth volunteers raised $20,000 and through remote means are continuing to interact with their community.

As he prepares to head to college, Adom is hoping to raise another $100,000 to sustain Ball4Good.

A number of global athletes who were also honoured at the 2021 Sports Humanitarian Awards include Russell Wilson, Donovan Mitchell and UFC’s Frank Ngannou.