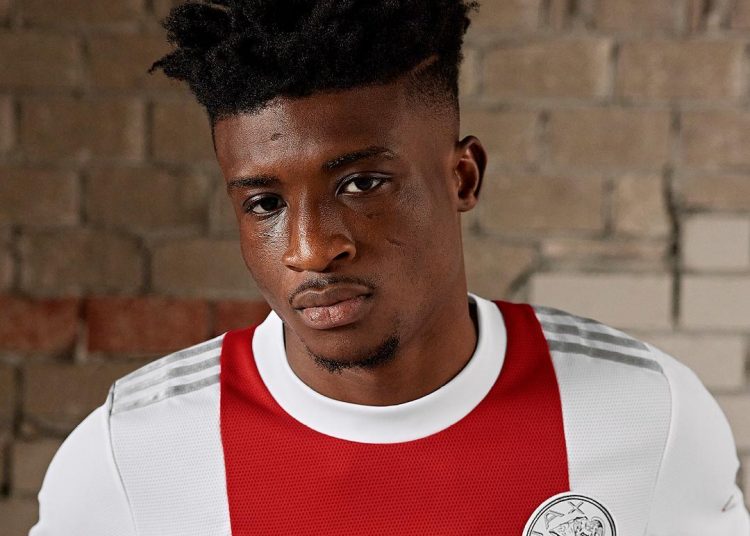 Dutch giants Ajax Amsterdam have released their home kit for the 2021/2022 season, with Kudus featuring as one of the poster boys.

Suiting the classic theme, Ajax will only play with numbers on the back and no names in national games. In European matches, the team will play with full names & numbers, in accordance with the UEFA guidelines. At the bottom, the numbers contain the ‘old logo’ as a subtle detail as well.

The standout feature of the Ajax 21-22 home jersey is the old logo, used between 1928 and 1991, which sits on the left side of the chest, right at the edge of the iconic centre stripe.

This stripe is thinner than usual in recent years, paying homage to the jerseys of the 1970s alongside the low-key Adidas stripes on the shoulders and the traditional crew-neck collar.

The shirt also has a special gesture from the club’s main sponsor Ziggo, which is smaller than usual. This is to make way for the narrower red bar on the shirt.

The current Ajax logo can be seen printed on the inner shirt, just below the neckline.

Mohammed Kudus on the other hand will be looking to make an impression in the upcoming season, after a tough first season, sustaining multiple injuries.

He however ended the season on a high note, while contributing significantly to Ajax’s title-winning season.