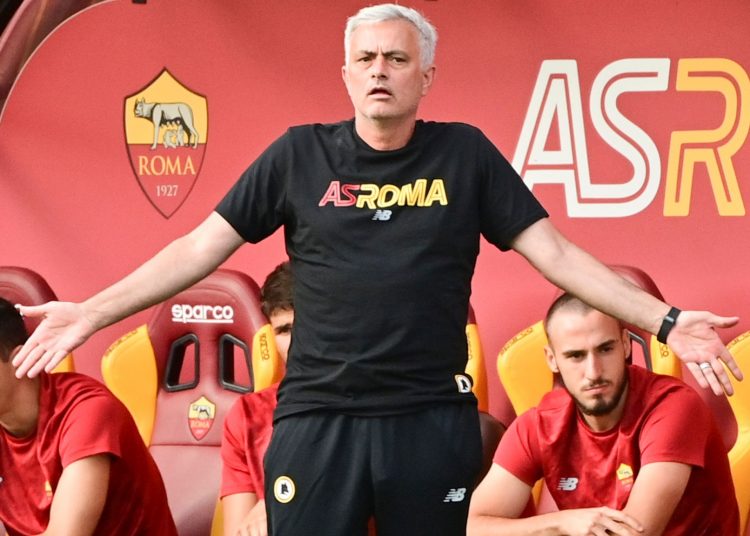 Jose Mourinho oversaw a goal-fest in his first game as Roma boss, with his new side hitting 10 goals past a lower-league Italian team in a friendly on Thursday.

The former Chelsea, Manchester United and Tottenham head coach was appointed by Roma back in May, and was officially unveiled last week.

The Portuguese defended his recent track record during his first press conference, and on the pitch his reign got off to an ideal start.

Playing in Trigoria, Roma recorded a 10-0 victory in their first friendly of the season against Montecatini, who play in Serie D, which is split into nine regional divisions.

The first training game of pre-season has just finished: a 10-0 win against guests Montecatini.