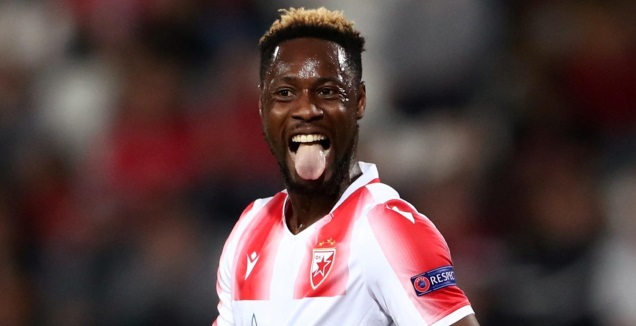 The striker joins the six-time champions on a one-year contract, with the option of a further season, the club stated on Tuesday.

“Beitar Jerusalem is pleased to announce the signing of the offensive striker Richmond Boachi (28, 1.86 cm), who signed with the team for one season with an option for another season.

“The striker, who has made 14 appearances for the senior team, holds an impressive resumé, and has gone through very significant nodes during his career.

“The player, who is currently in Ghana, is expected to join the club in Israel and will be part of our yellow and black army, which will begin its journey as early as next Saturday in the Toto Cup game against Hapoel Jerusalem at Teddy Stadium,” a publication on the club’s website read.

The 28-year-old most recently played for Polish club Gornik Zabreze for half a season.

Richmond Boakye becomes the second Ghanaian – after Edwin Gyasi – to sign for Beitar Jerusalem this summer.