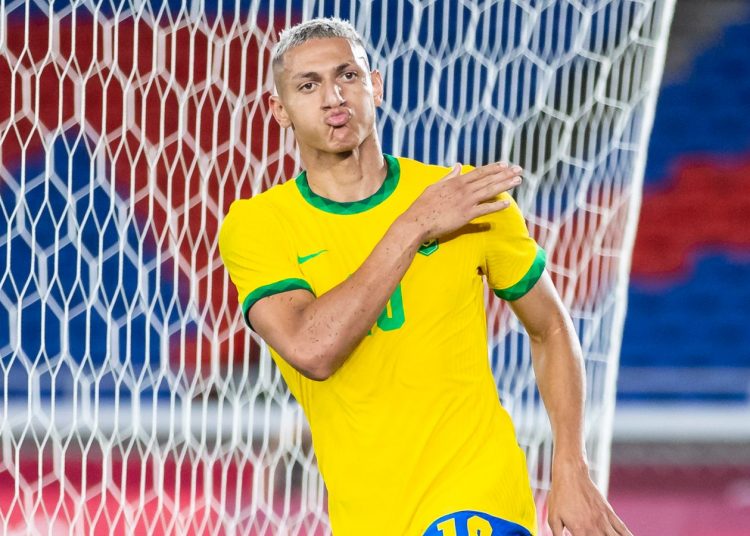 Richarlison struck a stunning hat-trick inside 30 minutes as defending Olympic champions Brazil beat Germany 4-2 in their opening Group D game of the Olympics.

Brazil should have had the outcome decided by the break given the amount of chances they created but Germany struck twice in the second half, despite going down to 10 men in the 63rd minute.

Richarlison opened the scoring, driving home at the second attempt in the seventh minute, before heading Brazil into a 2-0 lead. He completed his hat-trick with a fine strike in the 30th minute with the Germany defence in chaos.

Nadiem Amiri pulled one back for Germany after the break and although Max Arnold was dismissed in the 63rd minute, a Ragnar Ache header gave Brazil an unexpectedly nervous final stage.
But with Germany pushing forward, Brazil caught them on the break in stoppage time, Paulinho finishing off a counter-attack with a fine effort into the top corner.