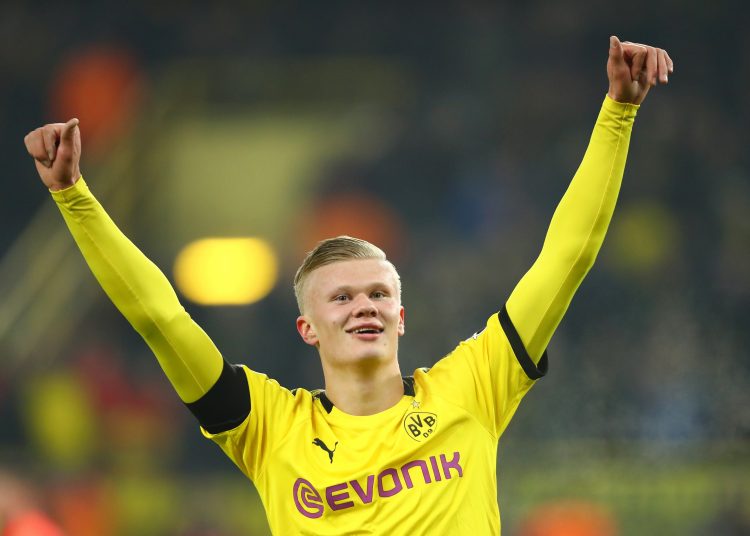 Borussia Dortmund forward, Erling Haaland is one of the most sought-after players in Europe.

His goalscoring form for his club has seen interest in the Norwegian skyrocket this summer, with European Champions, Chelsea, Real Madrid and Manchester United just a few of the clubs interested in the striker.

However, it will take a huge effort to prise him away from his current club, with Dortmund unwilling to sell him after losing Jadon Sancho to Man United, while a staggering €150 million price tag has also been mentioned.

So why are so many clubs willing to bear such a huge financial risk to sign the 21-year-old?

The Bundesliga’s Twitter page recently posted a video of every one of the 40 goals Haaland has scored since signing for Dortmund.

Keen Chelsea fans noted that the video was reposted by Dortmund on the same date Bayer Leverkusen posted a similar video about Kai Havertz before the German moved to Stamford Bridge, sparking some hope that another big transfer might be imminent for the Blues.

Take a look at what Haaland has to offer to his suitors:

🙇‍♂️ @ErlingHaaland tearing up the #Bundesliga for 9 minutes, what more could you want? 😉⚡️ pic.twitter.com/T4B208dFnx