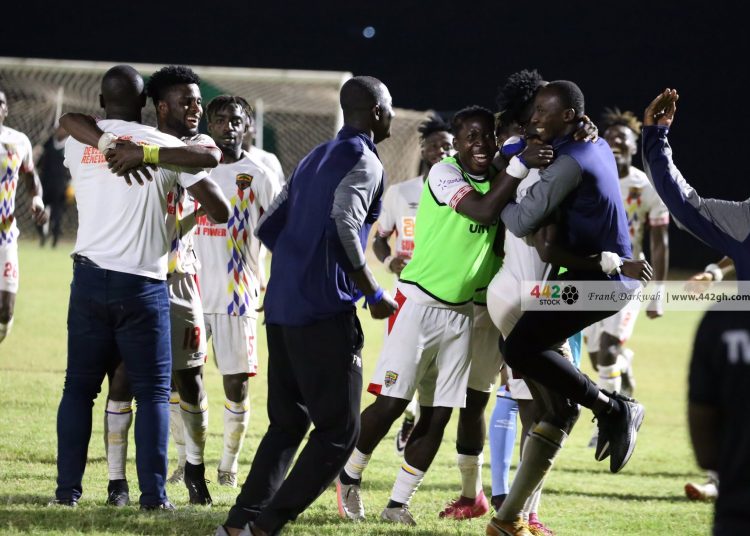 Hearts of Oak and Ashantigold have booked their spots in the semifinals of the 2020/21 MTN FA Cup after battling past Elmina Sharks and Kintampo Top Talents respectively on Saturday.

The Phobians secured a 1-0 win in Elmina, thanks to an extra-time winner from Caleb Amankwah, while Ashantigold beat Kintampo Top Talent FC 4-2 in a thrilling encounter in Obuasi.

The all-Premier League encounter at Nduom Sports Complex was tied 0-0 in regulation time.

But the goal would eventually arrive early in the second half of extra time after Hearts forward Daniel Afriyie Barnieh won a free-kick a few yards from outside the box.

And versatile Caleb Amankwah – who enjoyed a rare start – crowned a battling performance with a direct and firm strike goalkeeper Essam failed to deal with the 108th minute.

Playing at home – the Len Clay Stadium – for the first time in the competition this campaign, the Miners looked favourites against the Division Two side.

Frank Akoto opened the scoring after 16 minutes of play. 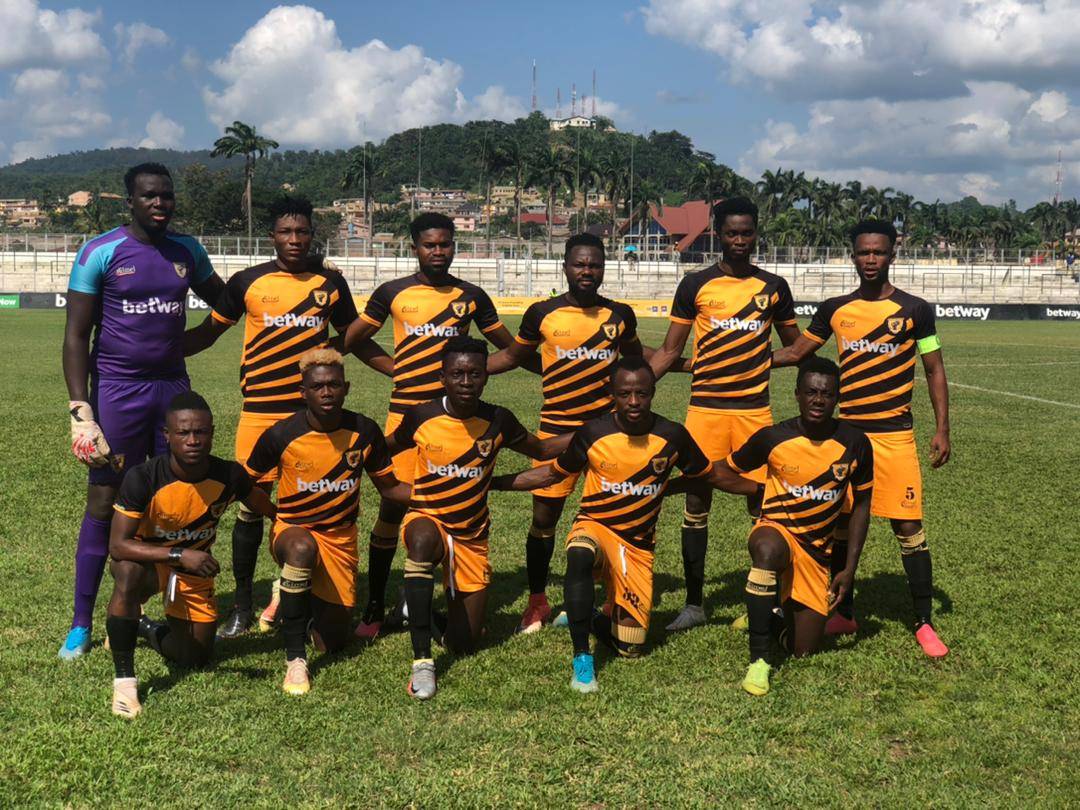 On 28 minutes, attacker Prince Opoku Agyemang would fire in the second after being allowed time and space to move the ball from the centre of the field and pick his spot.

AshantiGold right-back Kwadwo Amoako then scored a ridiculous own goal in the 35th minute – heading the ball back to Burkinabe goalkeeper Bailoul Mohammed who had picked the wrong spot.

Winger Paul Asare de Vriesadded the third for AshantiGold just three minutes into the second half while Amos Addai curled home a free-kick on the 70th-minute mark to make it 4-1.

Prince Sarkodie got another goal back for Kintampo Top Talent during time added on.

AshantiGold advance to the last four as 4-2 winners, awaiting the winner of the game between Asante Kotoko and Berekum Chelsea.