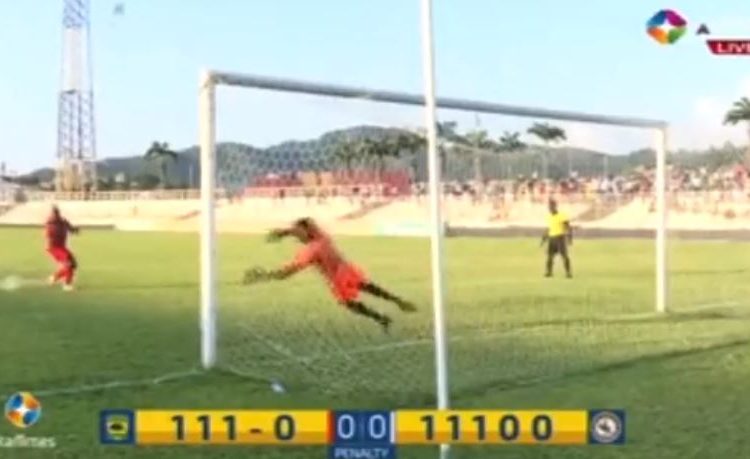 Kumasi Asante Kotoko have been kicked of the MTN FA Cup following a penalty shoot out defeat to Berekum Chelsea at the Obuasi Len Clay Stadium.

After 120 minutes of barrenness, the game went into extra time with Chelsea winning 5-4.

Wahab Adams missed the crucial kick, a wild miss that eliminated the 2017 Champions.

Chelsea’s Stephen Amankona made no mistake with his and rightfully won the game for Berekum Chelsea who will now play Ashantigold in the semi-finals of the FA Cup.