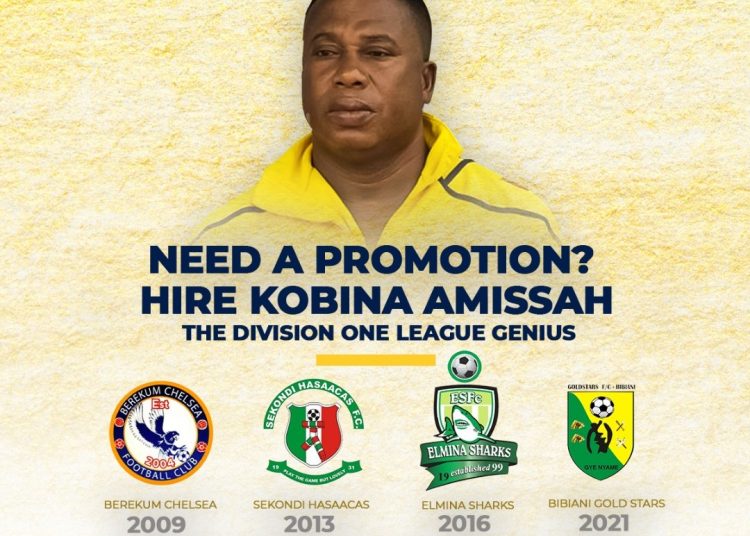 Head Coach of newly promoted Bibiani Gold Stars Kobina Amissah has credited his success over the years to hard work and thorough preparation.

Amissah has established a reputation as promotion expert after guiding a number of teams including Berekum Chelsea, Sekondi Hasaacas and Elmina Sharks to the Ghana Premier League.

According to him, teaching a team work ethic is a key part of preparing them to succeed.

“It is all about hardwork because when you are working and you don’t attach seriousness to it I don’t think you will be successful.

“When you ask me to take over your team from another coach I have to make sure I recruit the type of players  that can do the job for me by understanding my philosophy.

“This can only be undertaken during pre-season because that is where I shape my teams.

Shaping of a team is one of the most difficult thongs to achieve as a coach,” he disclosed in an interview with Citi Sports.

Amissah’s Bibiani Gold Stars join Accra Lions and Real Tamale United as the teams making the jump from Division One to the Ghana Premier League.