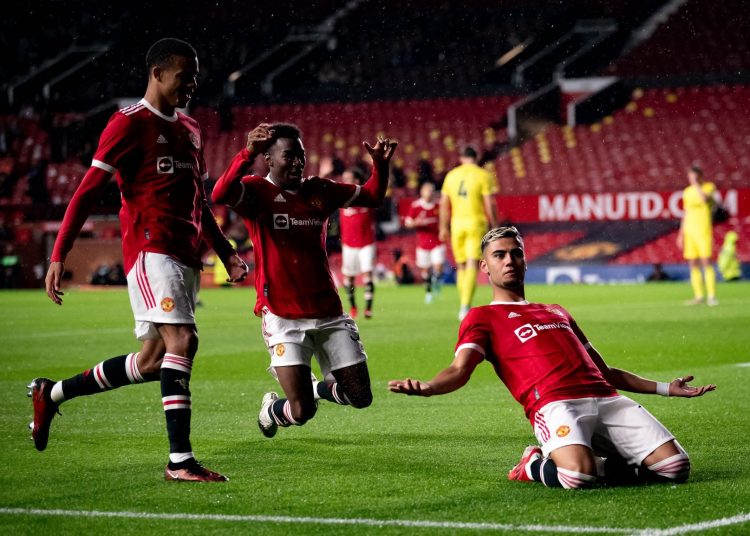 Manchester United fans were given a treat on Wednesday night as Andreas Pereira volleyed home a stunning goal in their preseason friendly against Brentford at Old Trafford.

A well-worked move from United saw Aaron Wan Bissaka’s cross fired home by Anthony Elanga to give United the lead.

However, Brentford were soon level, through Shandon Baptiste’s effort.

With United in search of another goal in the second half, up stepped the much-maligned Pereira to fire a thunderbolt which went in off the underside of the bar, past the stationary Brentford keeper, who had made a great save from Lingard’s effort seconds earlier.

The strike led to United fans on social media describing him as the “preseason Pirlo” in reference to his apparent inability to replicate his brilliant performances in preseason during the actual campaign.

Bryan Mbeumo eventually found an equaliser for Brentford as the match ended 2-2 but the headlines will be stolen by that fantastic strike from Pereira.

Pereira!!! One of the best hits I've ever seen that. Well done lad. Now someone buy him

In pre-season In the league pic.twitter.com/aCKfffu1Hd

Preseason Pirlo right in front of the scouts.