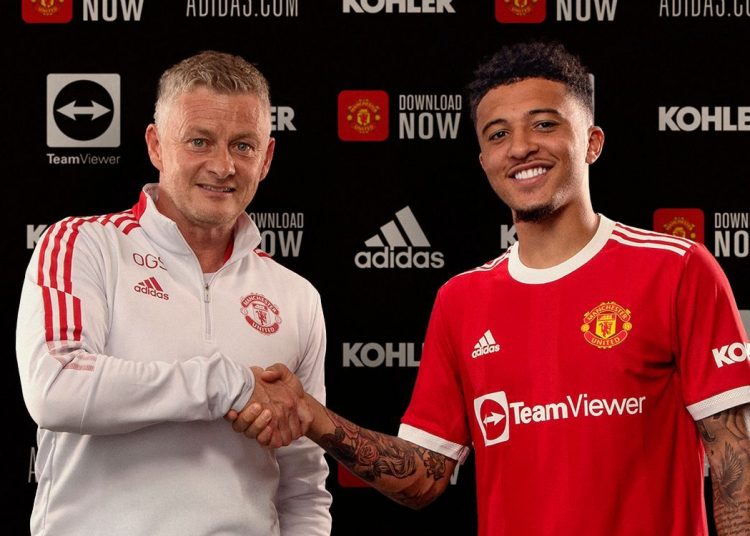 Jadon Sancho was one of the most sought-after players in Europe prior to his move to Manchester United.

After joining Dortmund from Manchester City as a 16-year-old, Sancho has emerged as one of Europe’s best young players piquing the interest of United and a host of other clubs.

He scored 16 goals and created 20 more in 38 matches across all competitions last season and was a terror for defences across Germany.

However, it appears Jadon was terrorising opponents long before his professional career began.

A video shot by FFDTV Online shows 14-year-old Sancho exhibiting his immense skill, dribbling past other players with ease.

United signed Sancho for £73m on a five-year deal, with an option of a further year.

The player was part of England’s squad at EURO 2020 but has only played six minutes, in the Three Lions’ final group game against the Czech Republic before coming on to take a penalty in the final, which was saved.

Man United fans have been talking all year, perhaps longer about the impending arrival of the highly-rated player.

Last summer, the club were certain they had secured their marquee signing, with several media outlets indicating that the deal was all but done but negotiations fell through with United unwilling to pay the £108 million fee demanded by Dortmund.