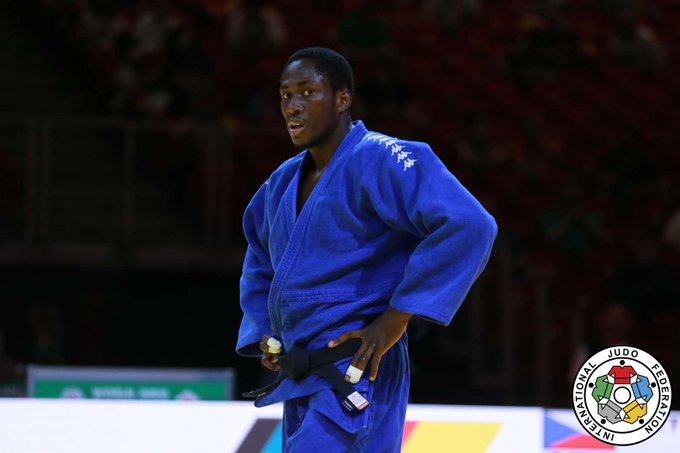 Ghana’s Anani Kwadjo has been eliminated in the men’s 90kg judo at the ongoing Tokyo Olympics.

Kwadjo, 21, lost by an Ippon to South Korea’s Gwak Dong-Han on 1:50s of the five minute fight, after succumbing to two Waza-aris in less than two minutes of their Wednesday morning encounter.

African Championship silver medallist became the first Ghanaian to be eliminated at the Olympics.

Kwadjo proved no match for the 2020 IJF Gold medallist Dong-Han, who showed early intent with by slapping his Ghanaian opponent onto the mat with just 59 seconds on the clock to score a waza-ari, equivalent to 5 points.

One minute later, he followed that up with another waza-ari (5points), which concluded an ippon, enough to end the fight.