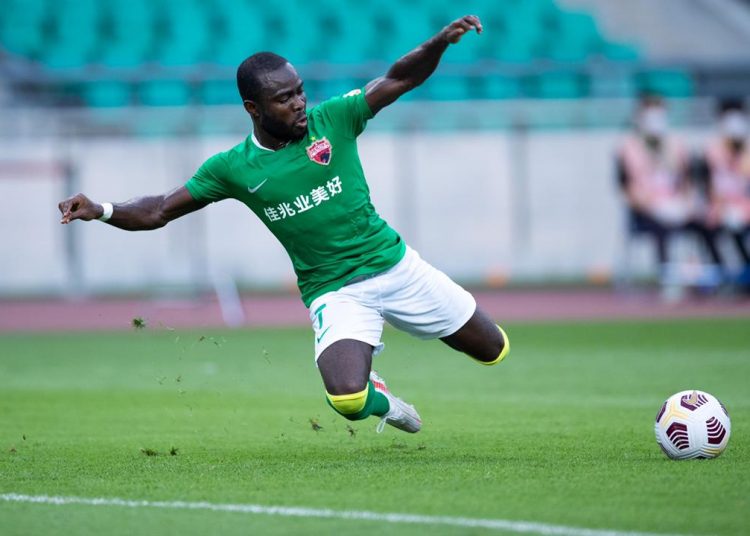 Ghana forward Frank Acheampong again was outstanding for Shenzhen FC as he scored in their 1-4 comprehensive win over Qingdao on Tuesday morning in the Chinese Super League at the Guangzhou Higher Education Mega Center.

The former Anderlecht forward who started the game together with countryman Mubarak Wakaso, struck in the 36th-minute mark of the game to give his side a 2-0 lead after Yuan Zhang had registered the first goal in the 14th minute.

The visitors took total control of the game and got the third goal through Lin Gao after he was set up expertly by Wai-Tsun Dai in the 42nd minute, ending the first half 3-0 in their away team’s favour.

Back from break, the home team started warming themselves in the game and finally pulled one back courtesy an own goal by Yuan Zhang after 60th minutes on the clock before Ke Sun added one to seal a deserving 1-4 win for Shenzhen in the 70th minute.

Both Achempong and Wakaso lasted the full duration of the game