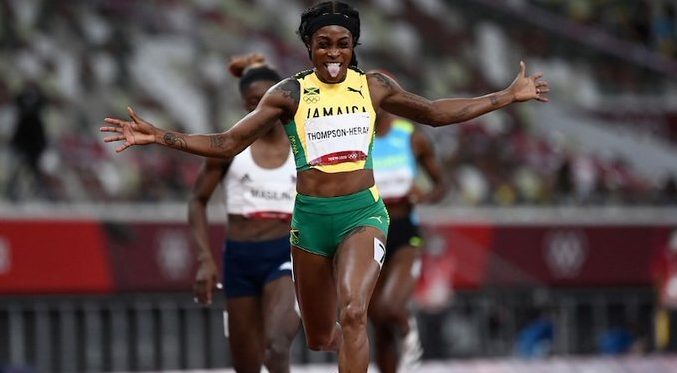 Elaine Thompson-Herah confirmed her place among the pantheon of sprint greats as she secured an unprecedented women’s 100m-200m double-double with a sensational victory over the longer distance in Tokyo.

The 29-year-old Jamaican surged home in 21.53 seconds, just .19 seconds off Florence Griffith Joyner’s long-standing world record, to back up her individual golds from Rio 2016.

It is the second-fastest time in history.

Trailing in her draft, Namibian teenager Christine Mboma, who was barred from her favoured 400m two weeks before the Games on account of her naturally high testosterone levels, took silver in 21.81.

🇯🇲 Elaine Thompson-Herah is the first woman in history to do the Double-Double at the Olympics Sprints 21.53!!! 👑 🙌🏽🥇l #Olympics pic.twitter.com/PUgms7gAZs