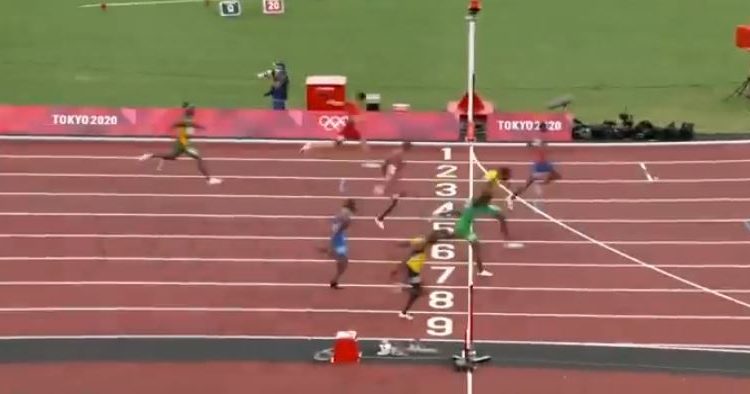 Ghanaian sprinter, Joseph Paul Amoah has missed out on a place in the finals of the men’s 200m at the Tokyo Olympics.

Joseph Paul Amoah finished 4th in his 200m semi finals. He misses the finals because there were other faster non-automatic times than his 20.27 which was a Season’s Best for him. #Tokyo2020 pic.twitter.com/EXJSIpiGjr

He crossed the line behind USA’s Erriyon Knighton, Rasheed Dwyer of Jamaica, and fellow African, Divine Oduduru from Nigeria.

Amoah struggled to cope with the pace of the leading pack, and came out of the bend slightly behind everyone else but had a blistering finish to set another national record.

Earlier, he qualified for the semi-finals of the men’s 200 m after finishing 3rd in heat 7 of the half-lap event at the Tokyo Olympics.