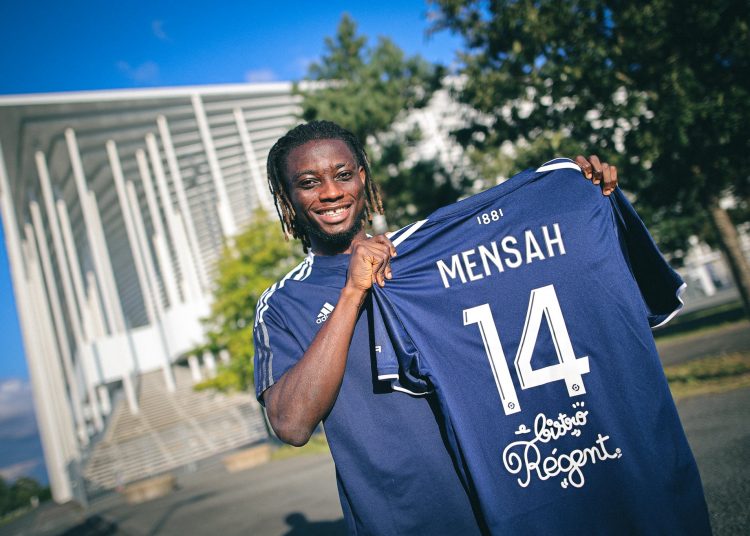 French club Bordeaux have completed the signing of Ghanaian defender Gideon Mensah on a season-long loan from red Bull Salzburg.

The transfer was confirmed by Bordeaux on Tuesday following weeks of negotiations between the two clubs and the player.

Bordeaux have an option to make the transfer permanent at the end of the season.

The 23-year-old is Bordeaux’s first summer signing and he will wear the number 14 jersey.

The Black Stars defender has spent the past two seasons on loan at  Zulte Waregem and Vitoria Guimaraes respectively.

Mensah has already began training with his new teammates ahead of the new Ligue 1 season.