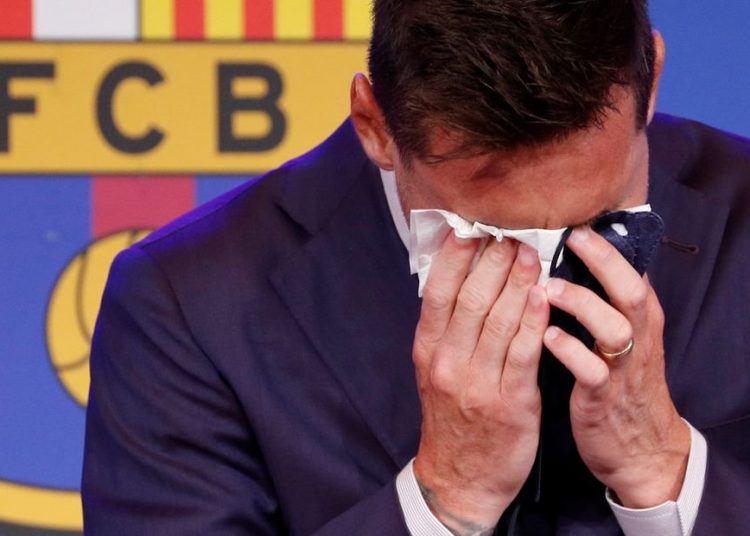 And no, we’re not talking about a last-ditch effort from Sheikh Mansour or Roman Abramovich, but an official complaint to the European Commission on behalf of Barcelona’s members.

Spanish newspaper Marca reported on Sunday afternoon that they had gained exclusive access to the complaint, which is branded as ‘an attempt to prevent Paris Saint-Germain from signing’ Messi.

The appeal is said to be based on financial facts supporting the argument that Financial Fair Play regulations should rule PSG out of the running for Messi’s signature.

Dr. Juan Branco confirmed that the complaint had been prepared for the Court of Appeals on Twitter alongside a letter, laying out a series of points to try and prevent PSG from completely a move.

‘To prevent PSG from signing Messi’

According to The Sun, Branco said: “On behalf of FC Barcelona partners, my firm has prepared a complaint with the European Commission and demands for provisional suspension before civil and administrative courts in France to prevent Paris-Saint Germain from signing Lionel Messi.

“PSG’s ratios in terms of ‘Financial Fair Play’ are worse than those of FC Barcelona.

“It is inconceivable that the ‘Financial Fair Play’ serves to aggravate the drifts of football-business, the instrumentalization of football by sovereign powers, and the distortion of competitions.”

Marca explain that the complaint has been submitted and is currently pending.

It remains to be seen whether the complaint will do anything to slam the brakes on PSG’s approach, but it would appear as though there are grounds on which to question the legitimacy of the move.

After all, Branco isn’t alone in questioning the deal when PSG have already secured transfers for  Gianluigi Donnarumma, Sergio Ramos, Achraf Hakimi and Georginio Wijnaldum this summer.