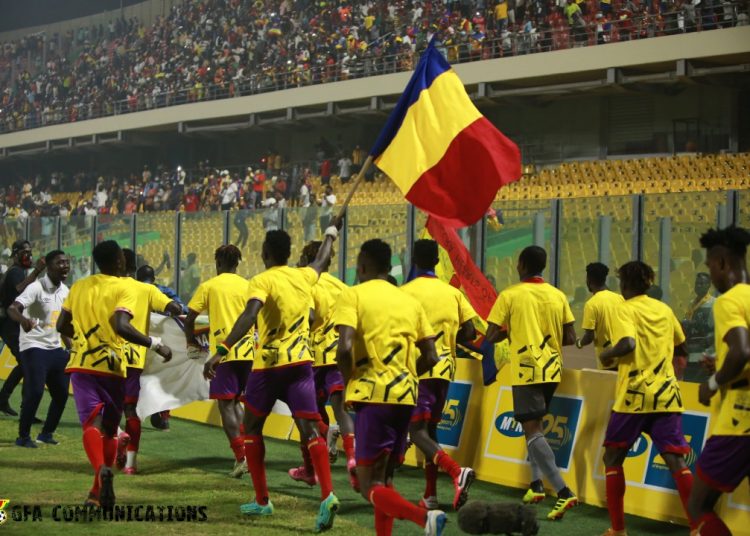 Accra Hearts of Oak completed a season double for the first time since 2000 when they defeated Ashantigold SC 8-7 on penalties on Sunday, August 8, 2021, at the Accra Sports Stadium.

Nothing could separate the two Ghana Premier League giants after 120 minutes and the game went to a marathon penalty shoot-out to find a winner.

Richard Attah started the heroics of the day just the way he ended it when he saved from Amos Addai in the very first kick of the shoot out.

The first five kicks will see both sides locked at 3-3 after Caleb Amankwah and Daniel Afriyie Barnieh missed their kicks for the Phobians, with Abagna joining Addai in the misses for the Miners.

At sudden death, when Benjamin Afutu missed for Hearts, Ashantigold had the chance to win it, but Richard Attah came to the rescue, saving the kick of Seth Osei.

Then, Attah stepped up and smashed in a ferocious strike to give Hearts of Oak the upper hand, before Kofi Mensah’s miscued effort handed the Phobians the title.