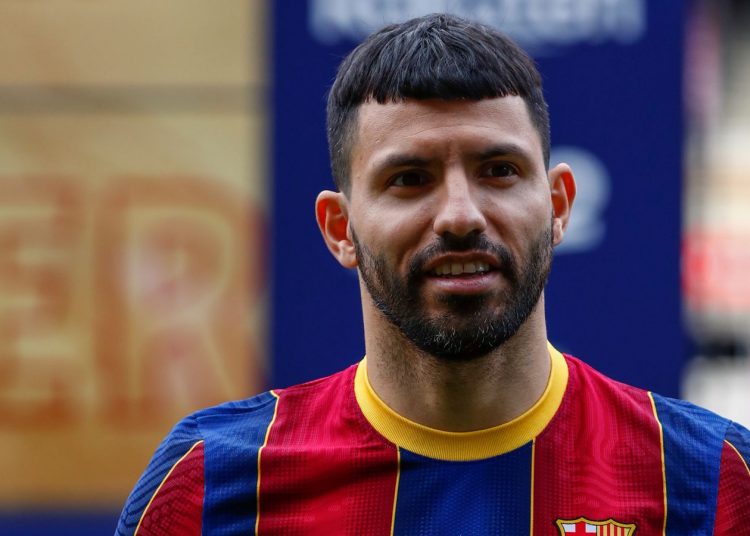 Sergio Aguero will have to wait to make his Barcelona debut after it was confirmed a calf injury has ruled the striker out for 10 weeks.

Barca are set to begin their first La Liga campaign since 2003-04 without Lionel Messi, who said an emotional farewell on Sunday after the club were unable to keep the Argentine.

As the club prepare for life without the six-time Ballon d’Or winner, their forward plans have taken another blow by news of Aguero’s injury just six days before their league opener against Real Sociedad.

Aguero joined as a free agent in the summer after his 10-year spell at Manchester City came to an end, and the 10-week absence means he may not make his first Barca appearance until late October at the earliest.

“Tests carried out on first team player Kun Aguero have confirmed a right calf injury. He will be out around ten weeks,” Barcelona said in a statement.