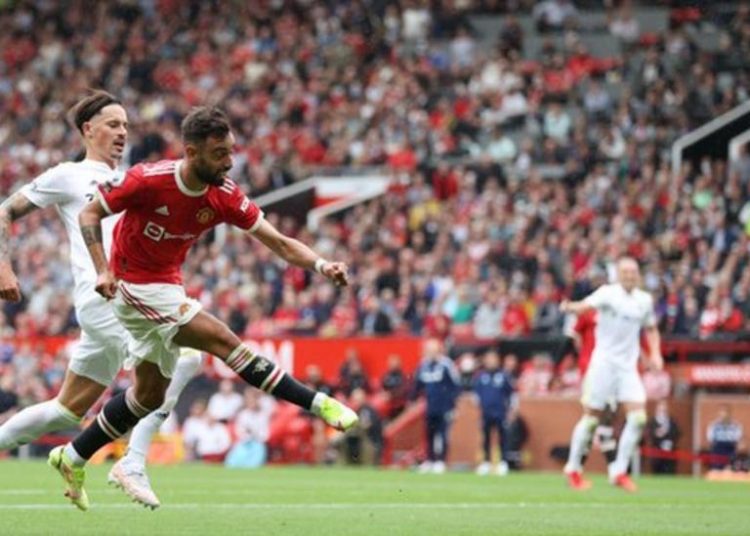 The Portugal midfielder opened the scoring on the half-hour mark at a packed Old Trafford, but Luke Ayling’s thunderous strike drew Leeds level early in the second half.

Mason Greenwood restored the hosts’ lead with a crisp finish less than two minutes later, before Fernandes’ low shot was ruled to have crossed the line by referee Paul Tierney after a check of goalline technology.

The 26-year-old quickly completed his hat-trick with a thumping finish from Victor Lindelof’s pass, before Fred added United’s fourth goal in 14 minutes from Paul Pogba’s cross – the Frenchman’s fourth assist of the afternoon.

It was Fernandes’ first hat-trick since he moved to Old Trafford in January 2020 and only the second by a Red Devils player since Robin van Persie’s title-winning effort against Aston Villa in 2013.

But the game was also a personal triumph for Pogba.

The France midfielder’s future has been the subject of intense debate as he enters the final year of his contract.

But his four assists included a sublime pass for Greenwood’s goal, and he left the field to a standing ovation 15 minutes from time as £74m new-boy Jadon Sancho was introduced for his debut.