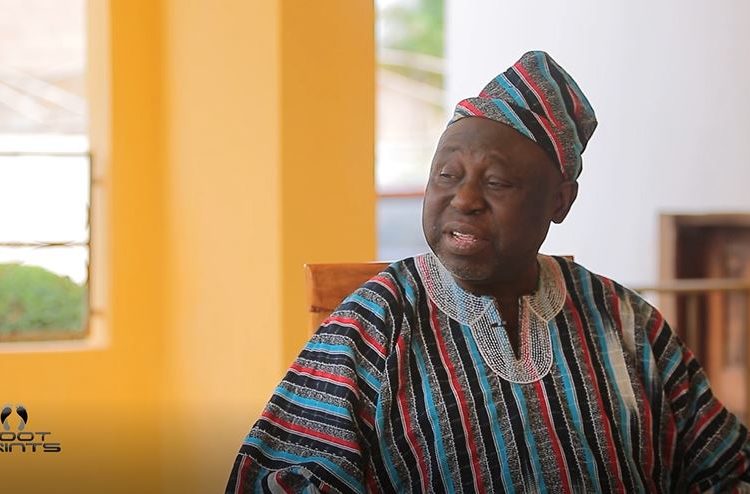 Former Chairman of the Ghana Football Association, Alhaji Mohammed Nurudeen Jawula, has revealed that his father was the traditional spiritual head of Premier League giants, Accra Hearts of Oak at a point in time.

Ghana’s football has been plagued with assertions that using ‘juju’ aids teams to win games and enhances performance.

Others have suggested that some players use black magic against opponents and even against their own colleagues in order to get call-ups to the national team.

In an interview with Samuel Atta-Mensah on the Citi TV show Footprints, Jawula gave credence to the use of black magic in Ghana football when he narrated how his late father used to consult for the Phobians.

“My father came from Gonja, and he was then living in Accra and was then a mallam. He was working officially with Accra Hearts of Oak. My father was responsible for the club’s spiritual work (juju) at that time, and I am sure till now the club still believes in juju,” he said.

He added that the phenomenon of black magic is not exclusive to only Ghana, and that many footballers across the globe believe in one form of spiritual work or the other.

“All the clubs in Ghana practice juju. Let me be quick to add that even Brazilians and South Americans believe in that.” He added.

“I remember I took RTU to Korea in 1986 to play a game against Uruguay and the players spent the whole night praying under candles, reciting incantations and at the end of the game, they won 2-1. Maybe it is psychological, but the players believe it works, so that is what it is”.

In July, Italy captain and defender, Giorgio Chiellini confirmed that he put a “curse” on Arsenal youngster, Bukayo Saka moments before his decisive penalty miss during the 2020 Euros.

The 19-year-old saw his penalty palmed away by Gianluigi Donnarumma, handing the 2020 Euros title to the Italians after a 1-1 draw over 120 minutes in Wembley.

Footage has emerged of Chiellini screaming the famous “Kiricocho” word as Saka began his run-up.
The word “Kiricocho” has been a football lexicon, which some players use to impart bad luck on the opposition.