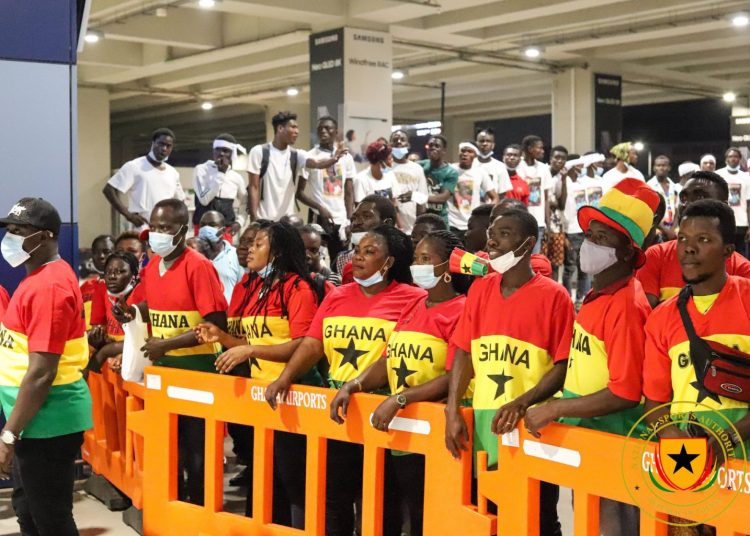 Ghana’s Olympic athletes have arrived in the country after their Tokyo Olympic Games exploits. 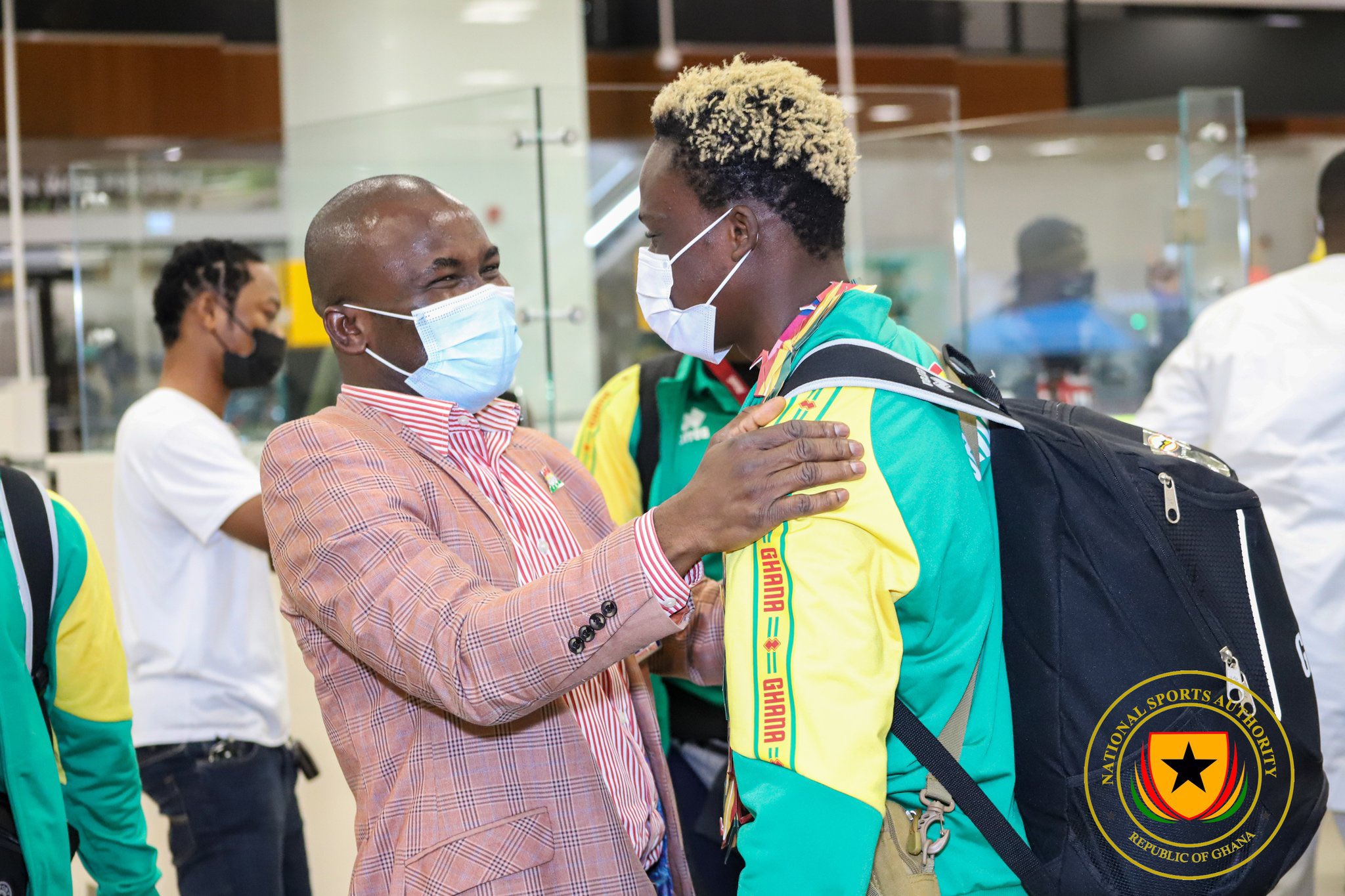 The team comprising the Black Bombers, led by their skipper, Sulemanu Tetteh was met by teaming supporters who had gathered at the Kotoka International Airport for hours for their arrival on Friday night. 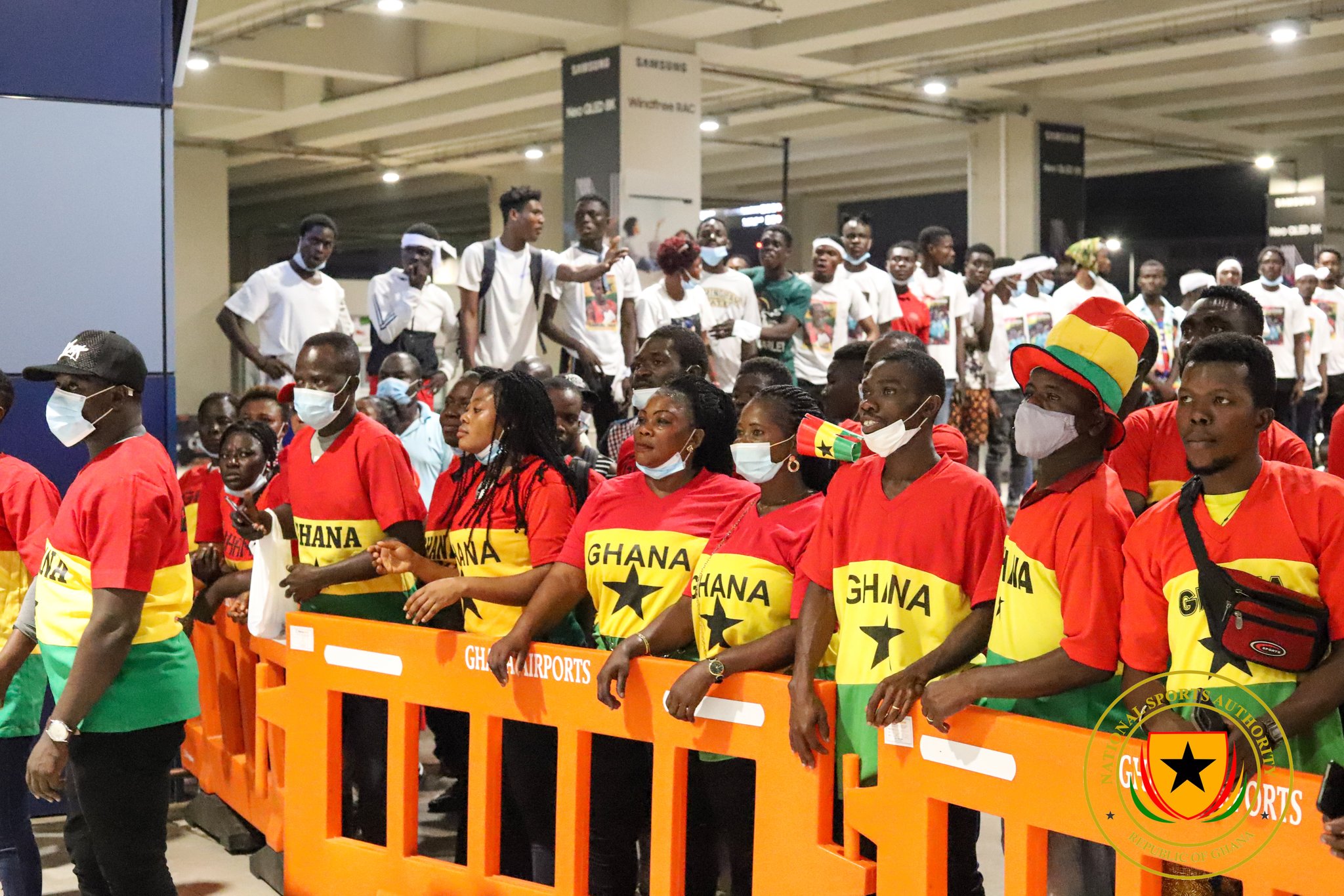 However, prior to their arrival, the team was given a treat by Air France before setting off to the country.

There were lots of singing and dancing and cheering as the team arrived and was met by the Minister for Youth and Sports, Mustapha Ussif and the Ghana Olympic Committee President, Ben Nunoo Mensah.

The Sports Minister thanked Ghanaians for their support on behalf of the President of Ghana and highlighted that it’s a dawn of a new day for Ghanaian athletes in the country.

Speaking to the press at the team’s arrival, the GOC President, Ben Nunoo-Mensah paid tribute to the various athletes for their efforts in raising the flag of Ghana high.

The man of the moment, Samuel Takyi, who won bronze in the boxing featherweight division expressed his delight in the rapturous welcome and thanked Ghanaians for their support and loyalty which served as a motivation as he surged on to victory.

Ghana will now set their sights on the Commonwealth Games which is set to come of in Birmingham next year.