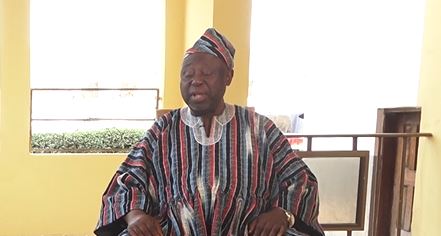 Former President of the Ghana Football Association, Alhaji Mohammed Nuru Deen Jawula says his exploits with the Black Starlets in 1995 gave him the chance to serve as the chairman of the GFA.

His era is described as part of the golden age in the development of young talents with his rich background in sports administration from his experience at Real Tamale United (RTU).

In an interview on  Citi TV’s Footprints, M.N.D Jawula recounted the events that led to his rise to the top echelon of the GFA.

“While I was with the Ministry of Finance, I was also with RTU with my good friend, Jones Abu Alhassan and there was a chance to serve for the GFA. So I went into the election for the first time and I won as a member initially. Subsequently, I got the chance to serve as the vice-chairman of the GFA too under Nana Butler, and then I progressed to being the chairman of the U-17 team in 1995 and that was when we qualified for the World Cup in Ecuador, which we won”. He started.

“When we got to Ecuador, we introduced a new football vocabulary to the world. I was interviewed by the world press, and they asked me what our players eat in Ghana because we play so well and then stated that we eat a lot of seafood and many other foods. Jawula said laughing as he reminisced.

“Then during our stay in Ecuador, we devised a song that resonated with every pressman and football fanatic. So after the world cup, there came the opportunity for me to fill the space as the president of the Ghana Football Association and then the President of Ghana, Jerry John Rawlings told me to contest and that is how I got to be the chairman of the GFA”.