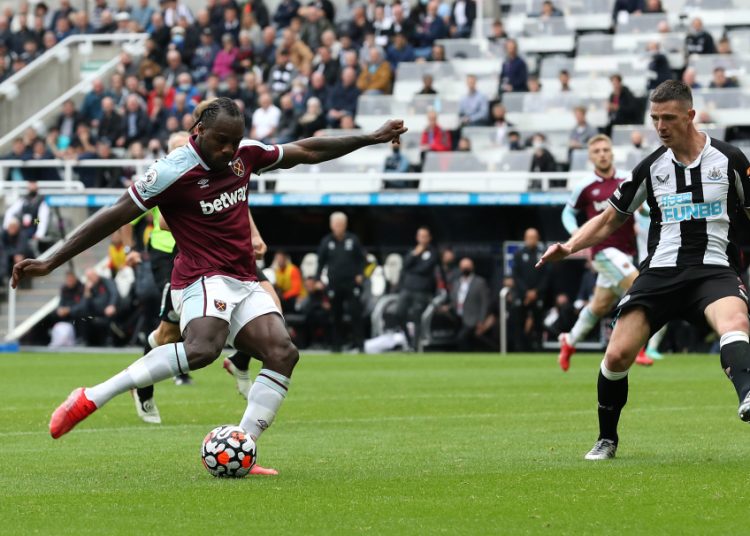 Michail Antonio moved level with Paolo Di Canio at the top of West Ham’s all-time Premier League goalscoring charts, as he struck in a thrilling 4-2 comeback win over Newcastle at St. James’ Park.

West Ham fans had become restless after an inactive summer transfer window but will have hope after seeing the Hammers battle back to open their season with a stunning away win.

West Ham’s season got off to a less than ideal start as they found themselves 1-0 down inside five minutes on Tyneside.

The Hammers found their way back into the match when an Aaron Cresswell cross snuck in the net, but Newcastle again took home advantage when Jacob Murphy guided in a Matt Ritchie cross for a half-time lead.

Said Benrahma managed his second-ever West Ham goal at the start of the second half, and soon his side had the lead when Tomas Soucek slammed in the rebound from a saved Antonio penalty.

However, it only took three minutes for Antonio to make up for his miss, wrapping up a 4-2 victory with his 47th Premier League goal for West Ham.

It moves him to level with Di Canio at the top of the club’s scoring all-time Premier League goalscoring charts.

Antonio and Di Canio are closely followed by club legend Mark Noble on 46 goals, with talkSPORT punditry duo Carlton Cole and Trevor Sinclair on 41 and 37 respectively, and Andy Carroll on 33.

However, some supporters have become restless, with a lack of new signings despite the added European fixtures, with PSG goalkeeper Alphonse Areola their only first-team arrival, and he’s on loan.