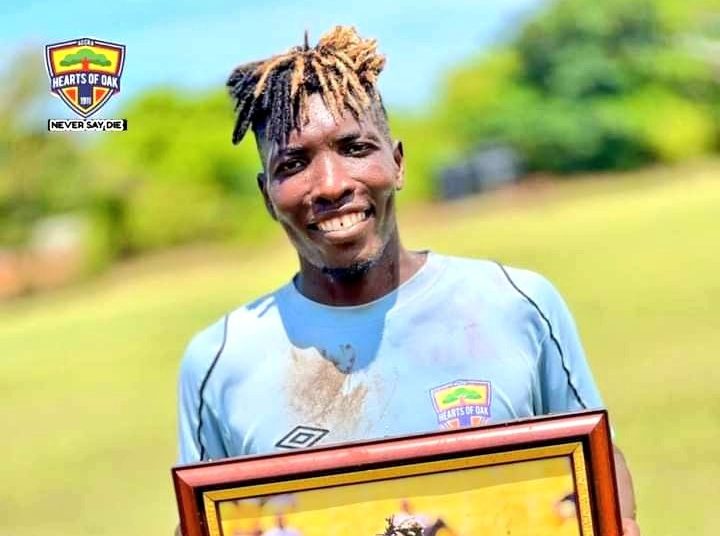 Hearts of Oak midfielder Benjamin Afutu will not be staying with the club for next season, according to close club sources.

The Ghanaian giants are currently shaping up for the 2021/22 Caf Champions League after winning claiming the Ghana Premier League title.

Afutu, who played a key role in the Hearts team as a defensive midfielder, was expected to renew his contract but that failed due to disagreements between the two parties.

On agreeing a deal with the club, Afutu’s agent Daniel Willian Tackie confirmed on HOT FM. their desire to stay at the club.

📌Benjamin Afutu Kotey is NO LONGER A PLAYER OF Hearts of Oak.

The Phobians did not register him for the CAF Champions League following his 'refusal' to sign a contract extension.

The player and his manager, according to my sources could not reach an agreement with Hearts. pic.twitter.com/ODhxABuHk1

“I gave Hearts the consent to register for Africa but I can’t tell if they registered him or not but for the contract, I can tell you that we have not signed.”

But as it stands, terms on both sides have not been met Afutu is rumoured to make a foreign move.

The youngster was a member of the Black Satellites team that won the AFCON U-20 Championship in Benin last year.