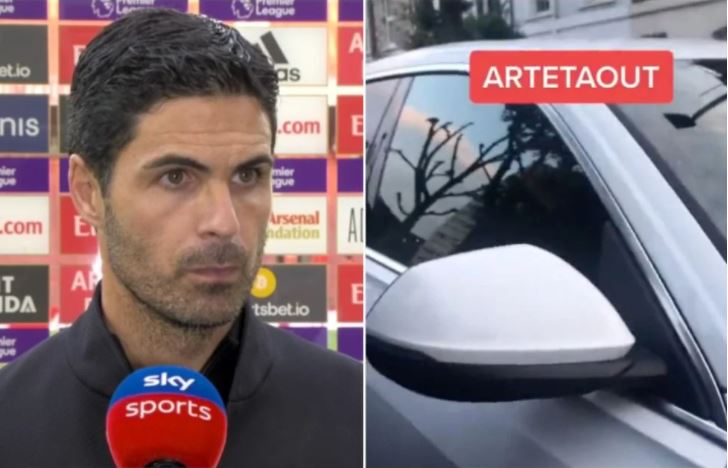 Under-fire Arsenal boss Mikel Arteta is currently the favourite to become the first Premier League manager to be sacked this season.

The Gunners have made their worst start to a campaign in their 118-year history following Sunday’s 2-0 home defeat to Chelsea.

Arteta’s side have started the 2021-22 season with back-to-back defeats (they also lost against newly-promoted Brentford on the opening weekend of the campaign) and have failed to score a goal.

Arsenal, who sit 19th in the Premier League table after two matches, now turn their focus to Wednesday night’s trip to Championship side West Brom in the Carabao Cup.

They head to the Etihad Stadium three days later where Premier League champions Manchester City are expected to pile further misery on Arteta and his players.

Arteta: ‘I see a lot of positives with the crowd’

“I must thank the fans, even when things were looking difficult they tried to give the players a boost,” Arteta told reporters, per The Daily Mail, after the match.

“I see a lot of positives with the crowd and the team today.

“At the end I didn’t see any bad reaction with any of the players. But that is my opinion.

“Feeling sorry for yourself does not help.

“You have to face the challenge, face the criticism – because it will come.”

Shortly after Arteta made those comments, however, footage was posted on social media which appears to show fans telling the Spaniard to leave the club as he drove home.

“Arteta, was that good enough? Please leave the club,” one fan can be heard saying on the video.

You can watch the video (initially posted on TikTok) here…