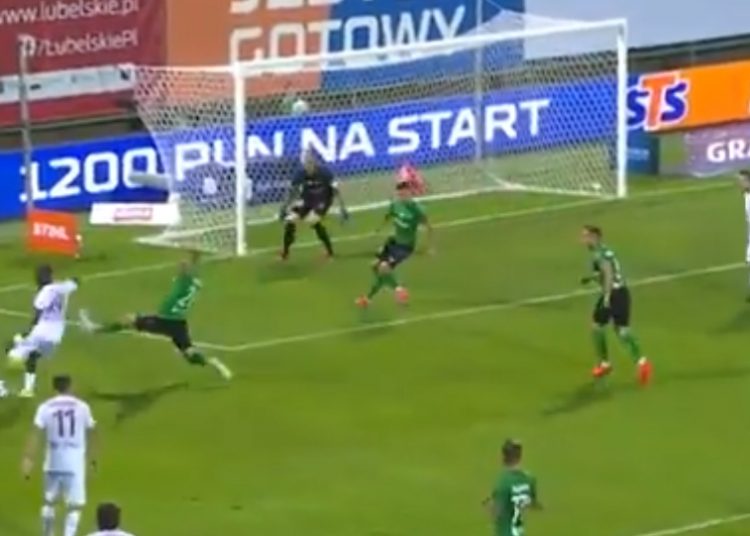 Ghana’s Yaw Yeboah exhibited a moment of magic as he scored a delightful goal in the Polish top-flight for Wisła Kraków against Gornik Leczna.

The 24-year-old tossed and turned opposition to score the second goal of the game to extend his side’s lead as they cruised to a 3-1 win.

The former Manchester City man controlled a pass at the edge of the box, burst inside with his left foot and then with a piece of trickery breezed past two defenders before smashing home the ball at the back of the net.

FIFA paid tribute to the goal by captioning it with a Monday motivation:

ESPN also shared the video with an ‘wow’ emoji, indicating the goal is mindblowing:

He did it all himself 😲

The 3-1 sends Wisła Kraków to the fourth position in the Polish League with 7 points with two wins and a draw with five games played so far.

Yeboah himself has now scored 3 goals in his last 5 appearances for the Krakow.