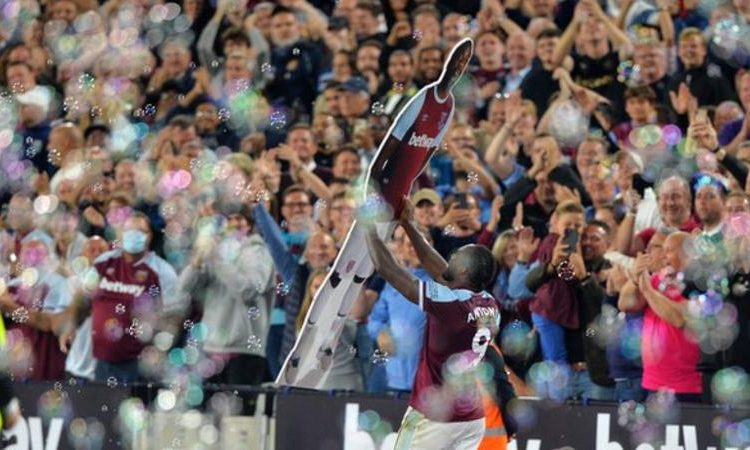 Michail Antonio became West Ham’s outright top scorer in the Premier League in a dominant victory for the Hammers over 10-man Leicester City at London Stadium.

Antonio celebrated by lifting a cardboard cut-out of himself after scoring his 48th top-flight goal to break Paolo di Canio’s club record.

The 31-year-old added a second four minutes later to wrap up an impressive win for David Moyes’ side.

It is only the second time the Hammers have won their opening two fixtures of a Premier League campaign.

Pablo Fornals and Said Benrahma scored West Ham’s first two goals either side of Ayoze Perez’s dismissal for a stamp on goalscorer Fornals.

Youri Tielemans had briefly given the visitors hope at 2-1 before Antonio’s late double.