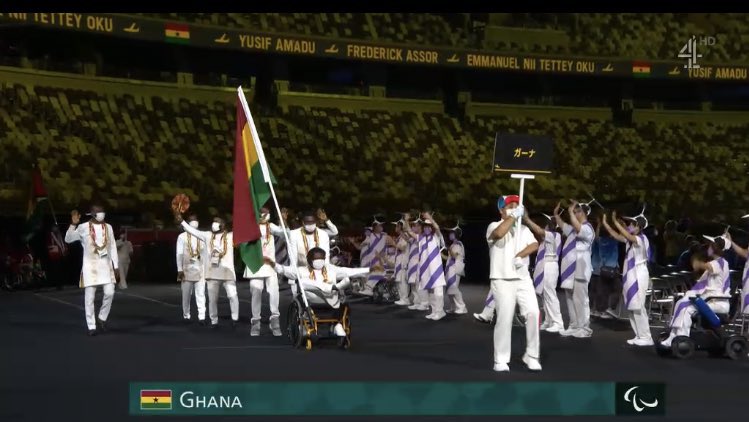 The Opening ceremony for the Tokyo 2020 Paralympics took place earlier on Tuesday.

Ghana have three para athletes participating in the 2020 games and they will compete in powerlifting, athletics and cycling. 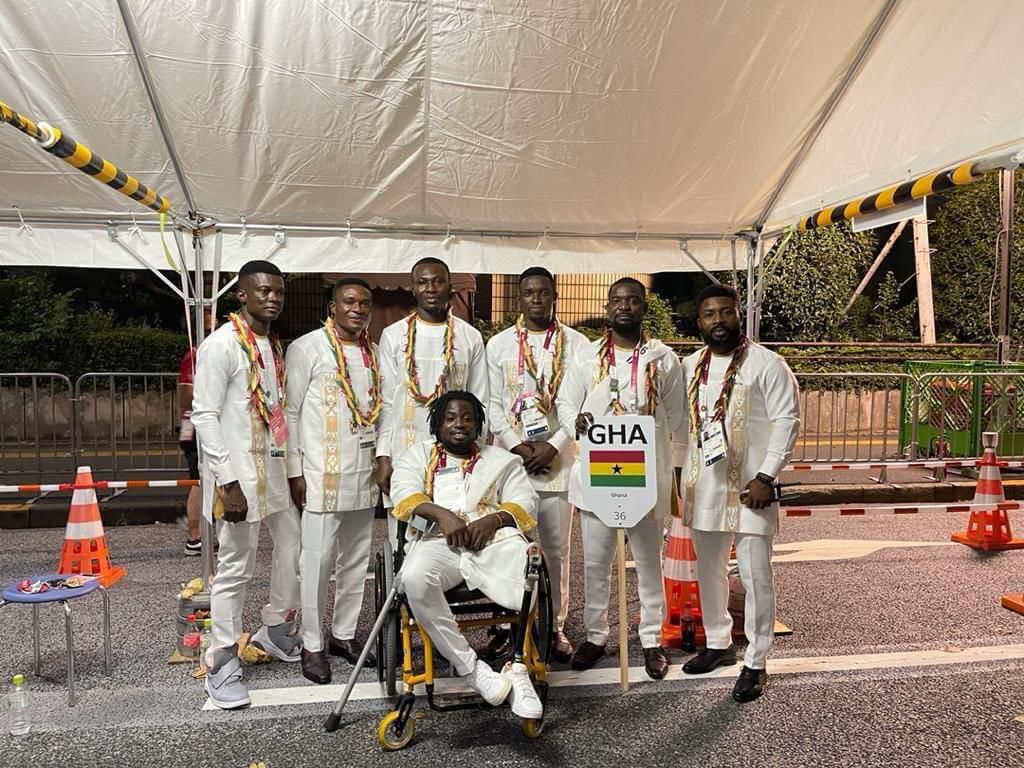 Yusif Amadu was Ghana’s flag bearer at the 2016 Paralympic Games hosted in Rio and he will compete in the t42 high jump, while Fredrick Assor is a para-cyclist who will compete for Team Ghana in the Men’s B 4000m Individual Pursuit and the Men’s B 1000m Time Trial.

Ghana is yet to win a medal since making its Paralympic Games debut at the 2004 Games in Athens, where three athletes were sent to compete in two sports.

The 2020 Tokyo Paralympic Games will run through to Sunday, September 5.