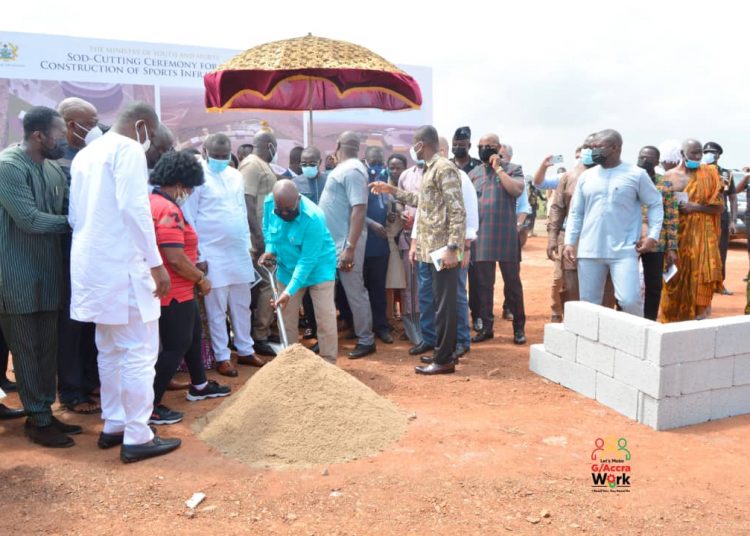 President Akufo-Addo has cut sod for the commencement of construction works on a sports complex at Borteyman which will host some sporting events during the 2023 African Games to be staged in Accra in 2023.

Government initially announced plans to construct a 50,000 capacity stadium at Borteyman to host the games but those plans were shelved last month, with government citing time constraints as reason for the decision.

Instead, the University of Ghana Stadium will now serve as the center of the games, with complementary facilities to be constructed at Borteyman to support the games.

The sports complex at Borteyman, which will cost an estimated $145 million, will house the following facilities:

President Akufo-Addo also announced that the facility will be converted into a University for Sports Development and as a result, additional facilities such as lecture halls, student hostels among others will be added to the Borteyman complex to serve this purpose.

The total investment into the project will rise to $195 million when the educational facilities are added.

The games will see all 54 African countries participating with over four thousand athletes expected to take part in the 12-day event in August 2023.