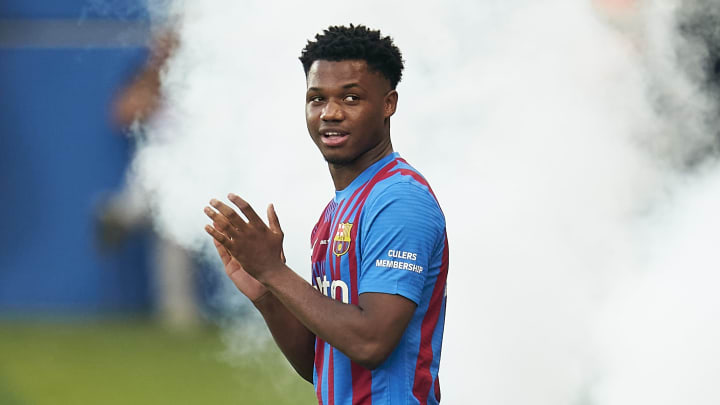 Lionel Messi’s No.10 shirt at Barcelona has officially been passed down to Ansu Fati following the six-time Ballon d’Or winner’s move to Paris Saint-Germain.

Speculation over whether Barca would retire the No.10 shirt has been raging since Messi’s departure at the start of August, with the Catalan giants forced to give up on re-signing the Argentine superstar due to an ongoing financial crisis.

Barca have now announced their decision to keep the jersey in circulation, and teenage forward Ansu has been given the honour of following in the footsteps of Messi, who is now continuing his career in France after joining PSG on a free transfer.

Ansu has been trusted with the No.10 shirt after a hugely promising start to his career at Barca, who brought him into the first-team fold in 2019 following his rise through their academy ranks over the previous seven years.

Ansu Fati appeared in 42 games across all competitions for the Blaugrana, finding the net on 13 occasions while becoming the club’s youngest ever goalscorer.

The 18-year-old’s progress was halted by a serious knee injury in November 2020, but he has just returned to full training after nine months on the sidelines, and could be in line to return when Ronald Koeman’s side take on Bayern Munich in the Champions League group stage after the international break.