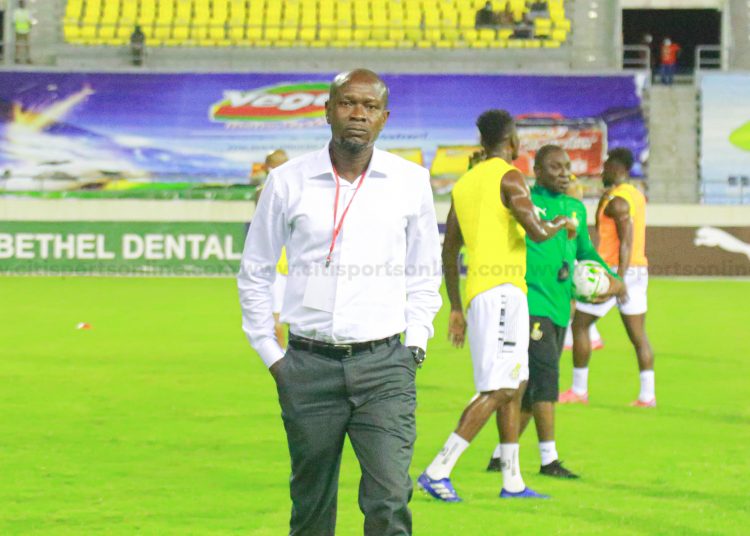 Head coach of the Black Stars of Ghana, Charles Kwablan Akonnor says all though his team did not play exciting football as expected by fans, he is delighted to have come away with a win against Ethiopia.

Mubarak Wakaso’s 35-minute goal proved the difference as the Black Stars of Ghana narrowly beat the Walia Ibex of Ethiopia in the first game of the 2022 World Cup qualifiers at the Cape Coast Stadium.

Despite the victory, the style of play did not sit well with spectators and journalists who witnessed the game at the Cape Coast Stadium.

“We knew our opponents very well. We know they are a team that possesses the ball a lot and we are aware of their threats. Yes, I know we were not as exciting as the fans would want but they also possessed the ball without being a danger to us. They posed no threat to us during the game”. Akonnor started.

“What was important was that anytime we had the chance to attack, we did that. Even though we were not clinical enough to score more goals”. He added.

“We were not worried when they were possessing the ball but what we were concerned about was our inability to be clinical upfront. We also lost possession a few times in the midfield as well but the most important thing is that we won and we have the three points and that is all that matters”

Ghana will next take on the Bafana Bafana of South Africa in a second world cup qualifier on Monday September 6, 2021.