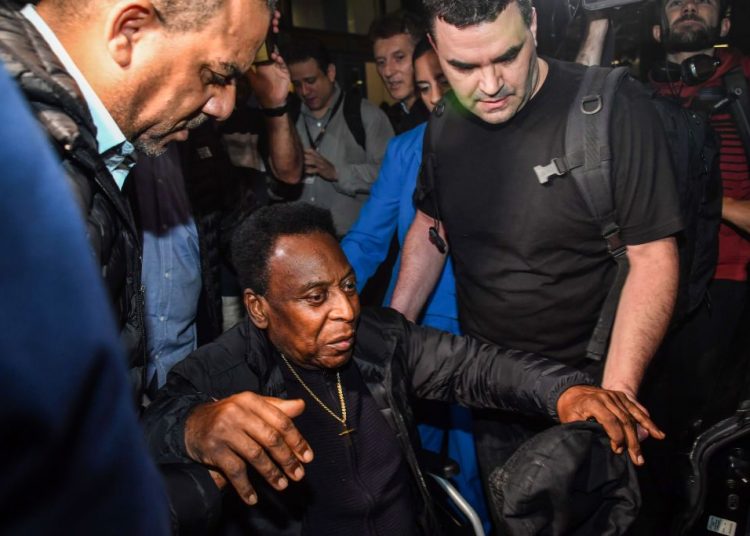 Brazil legend Pele has had surgery to remove a tumour from his colon.

Following reports that the 80-year-old had been in hospital for six days, he posted on social media on Monday, saying he had surgery to remove the “suspicious lesion” last Saturday.

“I will face this match with a smile on my face, a lot of optimism and joy for living.”

Five days ago, the former Santos and New York Cosmos forward denied reports he had fainted and had “routine exams”.

He now says the tumour in the right colon was discovered in the tests last week.

“Thank God for feeling very well and for allowing Dr Fabio and Dr Miguel to take care of my health,” he added.

In February 2020, Pele’s son, ex-Santos goalkeeper Edinho, said his father had become “embarrassed” to leave his house because he cannot walk unaided.

His health has been a concern in recent years and he had prostate surgery in 2015 after he was admitted to hospital for the second time in six months. He was admitted for a urinary infection in 2019.

Pele is Brazil’s all-time leading goalscorer and one of only four players to have scored in four different World Cup tournaments.

According to the Guinness Book of World Records, he scored a reported 1,279 goals in 1,363 appearances during his career, including 77 goals in 91 internationals for Brazil.