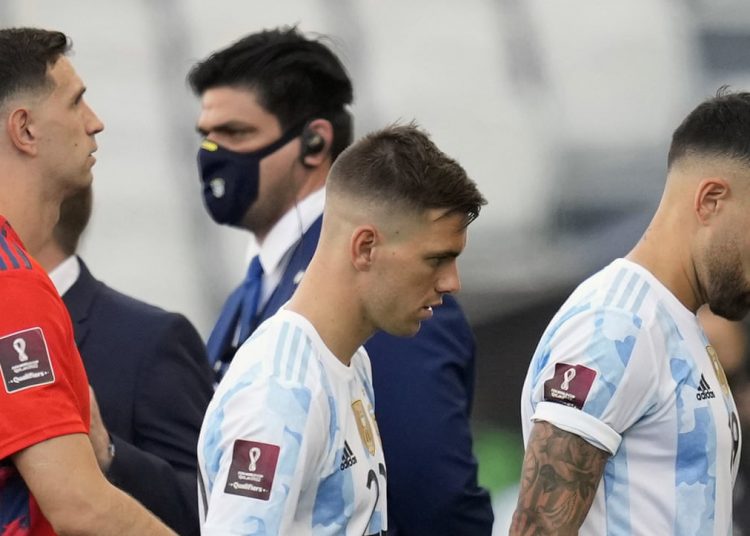 Tottenham duo Giovani Lo Celso and Cristian Romero are set to be fined by the club after joining up with the Argentina national squad without permission.

According to Sky Sports, Lo Celso and Romero will be disciplined for making the trip to South America for games against Venezuela and Brazil against the club’s wishes, with both players expected to receive hefty fines.

The four players will miss Argentina’s third game against Bolivia in the early hours of Friday morning.

Sky Sports News has been told Martinez and Buendia will fly to Croatia along with Lo Celso and Romero, rather than the UK, so they can continue training before returning to England for their club.

A trip straight back to the UK from South America would have meant 10 days in government hotel quarantine but stopping off for that period in a green list country means they can train and then travel back to the UK without quarantine.

If it goes as the players wish, each of them will only miss one Premier League match before being available for selection again.

That would mean Martinez and Buendia would miss Villa’s trip to Stamford Bridge to face Chelsea, while Lo Celso and Romero would both miss Spurs’ visit to Crystal Palace.

It is understood that the flight and accommodation to Croatia is being organised by the players and their representatives directly, rather than with the involvement of their clubs.

Tottenham are in a difficult position because Romero only joined the club a month ago for a fee of £42m from Atalanta.

While it’s thought Spurs officials do not want to damage the new relationship, they nevertheless feel they need to enforce a strong message concerning discipline.

There are further international matches involving Argentina in October and November, and Villa and Spurs are both determined to avoid such difficulties on those occasions.