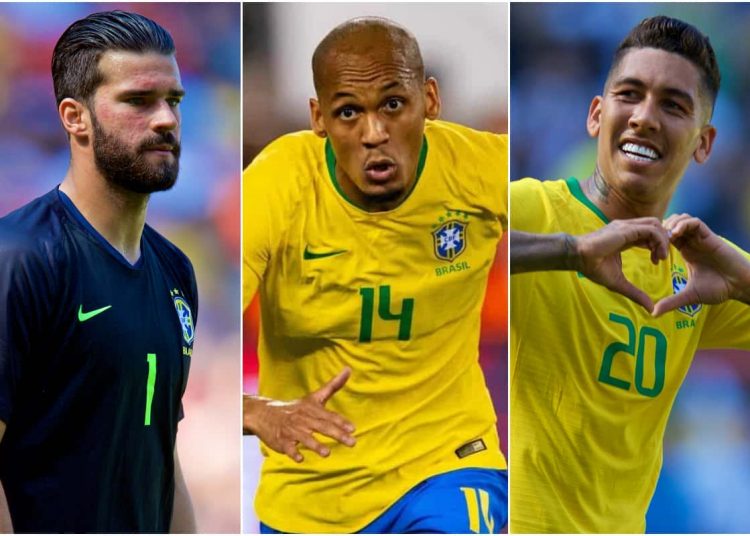 The ‘automatic restriction’ would mean that eight players who were not released by their clubs for this month’s internationals would be prevented from playing in this weekend’s Premier League fixtures, with two also in danger of missing Champions League matches next week.

The ruling would mean that Liverpool would be without Alisson Becker, Fabinho and Roberto Firmino for their match at Leeds United on Sunday. The home side would meanwhile be unable to play Raphinha.

Reigning Premier League champions Manchester City would be unable to call upon Ederson and Gabriel Jesus against Leicester City on Saturday, while Manchester United midfielder Fred and Chelsea defender Thiago Silva would miss both a Premier League match and a midweek Champions League fixture.

Richarlison is not at risk of falling foul of the ‘automatic restriction’ rule, however, after Everton allowed the Brazil forward to appear for his country at the Tokyo Olympics earlier this summer.

According to The Athletic, FIFA has contacted the Football Association and the clubs concerned regarding the CBF’s request. The Premier League is meanwhile understood to be discussing their response ahead of this weekend’s fixtures.

Brazil are not the only country to ask FIFA to hit players based in England with a five-day ban.

Wolves, Newcastle, Watford and Blackburn could all lose players this weekend after complaints from the Chilean, Mexican and Paraguayan associations respectively.