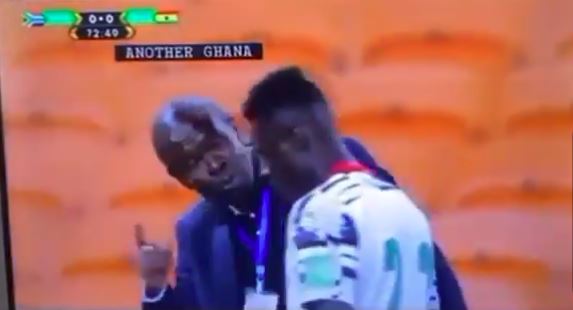 Calls for his dismissal have intensified after the recent international break in which the Black Stars picked up three points and scored one goal in matches at home against Ethiopia and away in South Africa.

His selections and in-game management have also been called into question with doubts already expressed over whether he is the right man to lead the Black Stars for the rest of the World Cup Qualifiers and at next year’s AFCON.

The loss to South Africa definitely agitated many Ghanaians, and they might be incensed even more after footage of Akonnor apparently threatening forward Kwame Opoku was posted online. 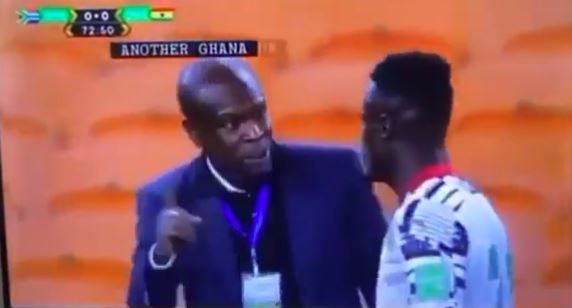 The 15-second clip, posted by Twitter user Evans Gyamera-Antwi, shows Akonnor call over Opoku, who had come on in the 60th minute, and apparently, give him a stern talking to.

Akonnor appears to tell Opoku to “score a goal or else” in Twi before continuing to berate the USM Alger striker who then attempts to explain his actions.

The video provides further ammo for Akonnor’s critics who have slammed his managerial style and accused him of not having a game plan.

Did you know C.K Akonnor warned Ghana striker Kwame Opoku to score a goal in the 2022 World Cup qualifier against South Africa in Johannesburg or else…?