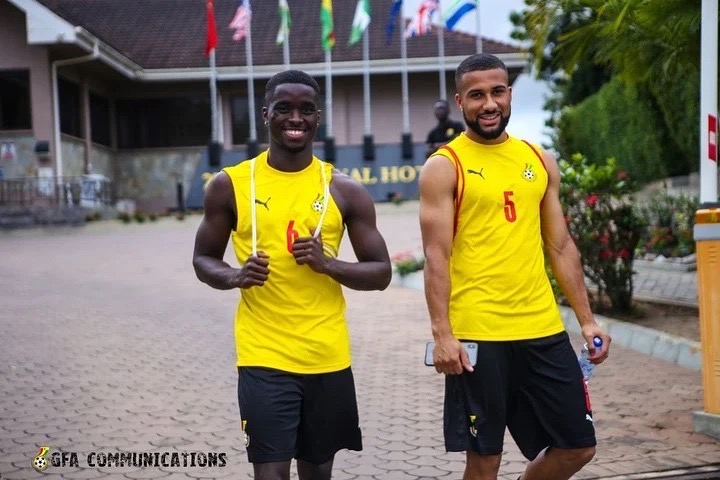 Black Stars new boy Braydon Manu has opened the lid on his controversial call-up to the senior national team for the September FIFA World Cup qualifiers.

Manu was handed a late call-up for the games against Ethiopia and South Africa after a couple of injuries and Covid-19 restrictions affected the original team.

The 24 year old Darmstadt midfielder has revealed that his invitation to the team came as a shock, mainly due to his limited playing time this season.

According to him, he was surprised when Deputy General Secretary of the GFA, Alex Asante called to arrange his travel for the national assignment.

“I was surprised and thought it was fake in the beginning. I honestly didn’t believe it,” he told Ahutor FM.

”Benhard Lippert called to inform me I was under consideration for the Black Stars. I was happy but also very surprised, because I personally didn’t think I’d played enough games to merit a call-up.

”But then I felt that maybe they had seen something that others hadn’t.

”Initially, CK Akonnor said they were just monitoring me, then Alex Asante called to ask for my passport details. I was like, wow God is good.”

Black Stars Head Coach, CK Akonnor is under growing pressure after a series of poor results, the latest being defeat to South Africa in the FIFA World Cup qualifiers.