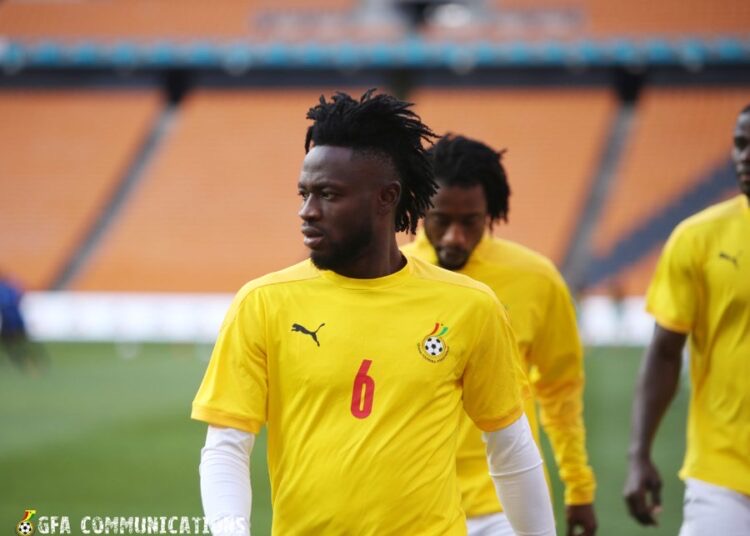 Hearts of Oak double winning captain, Fatawu Mohammed, made his debut for the senior national team, Black Stars on Monday, in the FIFA World Cup qualifier against South Africa.

Fatawu Mohammed received a late call up to the team after injury to MLK Zilina defender, Benson Annan.

The 29 year old has opened up on how nerves got the better of him at the FNB stadium.

Honestly, I got a bit scared when I saw the [FNB] stadium, because the pitch is huge and it wouldn’t have been easy with supporters in the stands,” Fatawu told Kumasi-based Angel FM in an interview.

But we played in an empty stadium so that eased off some pressure. If the supporters had been there, the pressure would have been more difficult for me to cope with.

“But without the supporters, it felt like no man’s land and I had the luxury to warm myself into the game and showed what I also had to help the country,” he added.

Fatawu Mohammed, is however likely to maintain his place in the side as Ghana is likely to miss some key players for their double header against Zimbabwe next month.