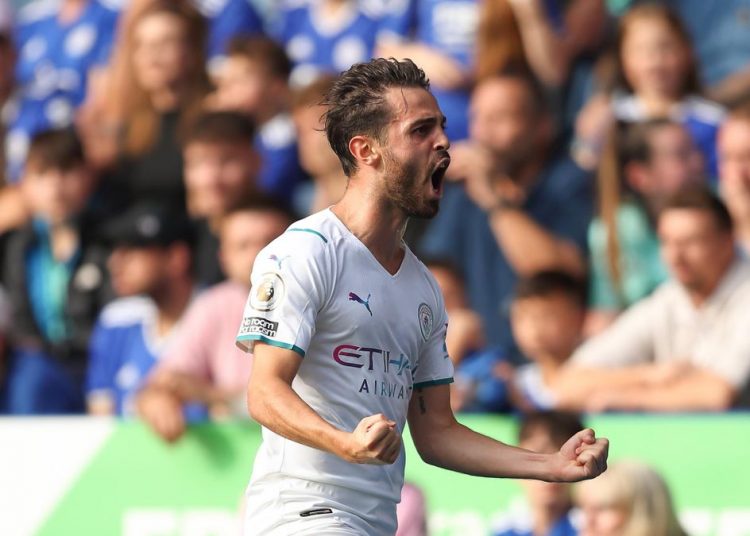 Jamie Vardy had a goal disallowed for a marginal offside as he was denied the chance to extend his fine personal record against Pep Guardiola’s side.

Harvey Barnes struck the crossbar with a header but the visitors deserved their win, having been denied on several occasions by Kasper Schmeichel in the first half before Silva ended his 19-match wait for a goal, reacting quickly to tuck in a loose ball from an acute angle on 61 minutes.

The result means City move up to second place ahead of the weekend’s remaining fixtures while Leicester remain in ninth position.