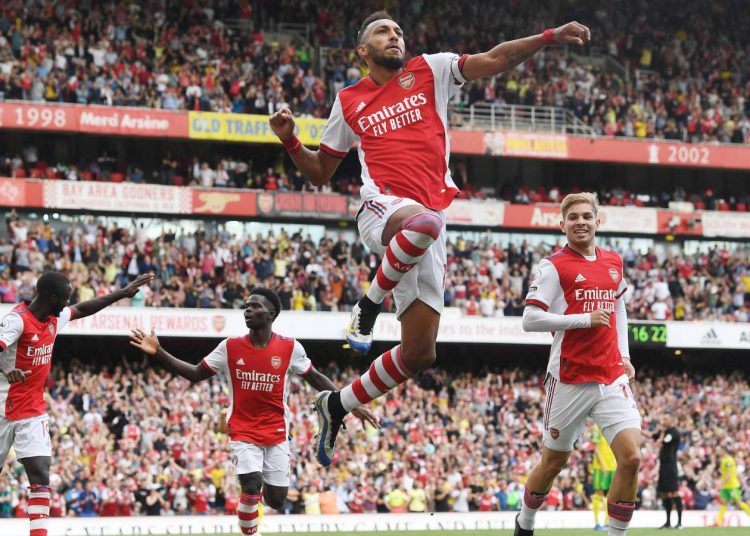 Pierre-Emerick Aubameyang scored Arsenal’s first goal of the season which was just enough for the Gunners to edge past Norwich 1-0 and ease the pressure on Mikel Arteta.

The Arsenal boss came into the game under the spotlight after starting the season with three defeats on the spin without scoring, and the tension was growing further inside the Emirates Stadium until Aubameyang struck (66).

It was a goal that survived a VAR review as the striker had looked offside when turning in from close range after Nicolas Pepe struck a post, but the replays showed the ball had come off Norwich goalkeeper Tim Krul’s leg into his path.

Somehow, Arsenal only managed the one goal despite registering 30 efforts on the Norwich goal and had to come through an edgy final few minutes of Canaries’ attacks to earn their first three points of the season.

Sarcastic chants of “we are staying up” rang around the home stands at the Emirates, while Norwich’s return to the Premier League has now started with four straight defeats.