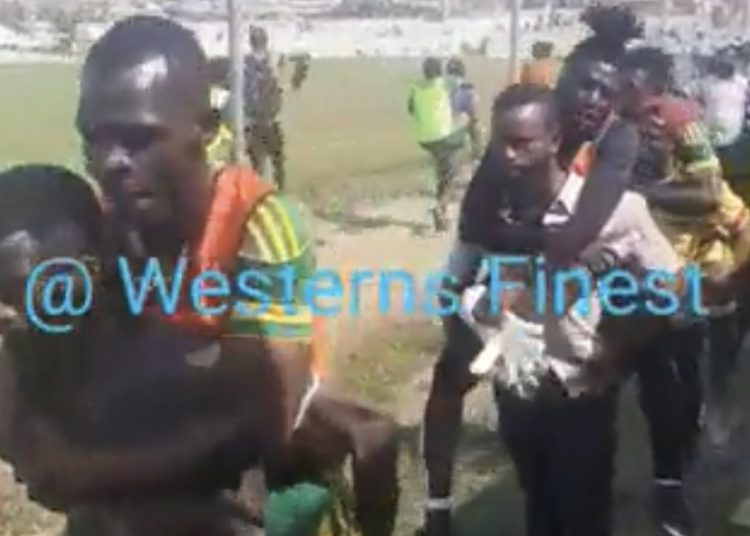 Superstition and spirituality is deeply rooted in Ghana football, with many interesting stories emerging over the years.

There are varying opinions as to whether ‘juju’ works in football or not, but division two side, VRA Youngsters, were dealt a hard lesson over the weekend when their superstitious beliefs backfired.

Players of VRA Yongsters,a division two club based in the Shama District of WR were carried to the field by supporters claiming they were avoiding Juju against against Sekondi Eleven Wise Fc.

After all of these scenes they still lost 3-0 to Sekondi Eleven Wise FC.
😂😂😂😂😂😂 pic.twitter.com/VGDlMgZNMS

Fans at the grounds were left in awe as the players were carried, each on the back of a supporter.

Despite the bizarre entry, VRA Youngsters were humbled 3-0 by the home side.