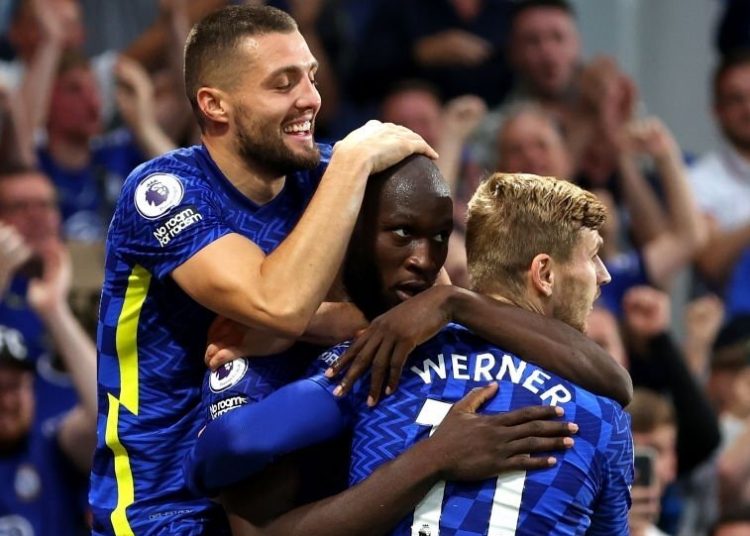 Chelsea were far from their best at the weekend, despite picking up an emphatic 3-0 win over Aston Villa.

Villa were actually the better side in the first half in particular and were only denied at least one goal by the exceptional Edouard Mendy and a great block by Thiago Silva.

The European Champions, tipped as one of the favourites for this season’s Premier League title, were, however, clinical, converting their chances for a big win.

While the Blues were effective rather than attractive, one sequence in the game will have their fans salivating at the kind of football they could witness once Thomas Tuchel’s side hit full stride this season.

Chelsea looked to be heading to a 2-0 victory thanks to goals from Romelu Lukaku and Mateo Kovacic when Jorginho won the ball back in midfield.

That started an 11-pass move which included goalkeeper Mendy, Rudiger and Jorginho again. The ball ended up with Azpilicueta who nutmegged Tyrone Mings and squared to Lukaku who scored brilliantly.

Some fans have dubbed this “Tuchel-ball”, a reference to the style of play of Chelsea’s former boss, Maurizio Sarri, which was called “Sarri-ball.”

Watch the move below:

The build up to Lukaku’s second goal is perfect! 👌#CHEAVL