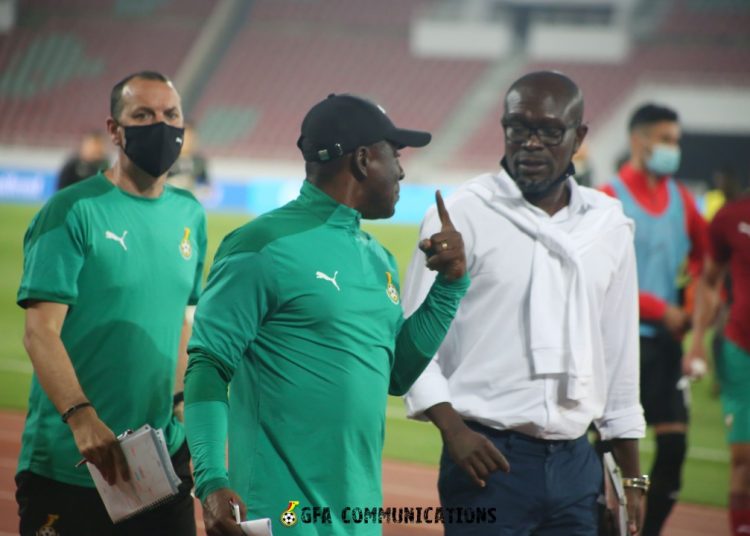 The former Asante Kotoko and Hearts of Oak of coaches were relieved of their duties on Monday following a not so convincing start to the 2022 world cup qualifying campaign.

It was earlier reported that Akonnor was to be entitled to not less than a combined amount of $275,000 after his sack as head coach of the Ghana senior national team on Monday.

But new revelations show the 47-year-old has not received as much as had been reported.

Akonnor was announced new Black Stars coach in late January 2020 on a two-year contract that took effect the following month – February. He was put on a $25,000 monthly salary.

His sack, an exclusive decision by the Executive Council of the GFA, was arrived at after leading the Black Stars to a slim win and defeat against Ethiopia and South Africa respectively in the Qatar 2022 Fifa World Cup qualifiers.

It has now been revealed that Akonnor received his pay ONLY SEVEN TIMES throughout his stay.

While still unpaid after his contract took effect in February 2020, erstwhile Sports Minister Isaac Asiamah revealed in September that year that coach Akonnor had agreed to a salary slash due to the impact of the COVID-19 pandemic on the economy.

The 7 times Akonnor received his salary included a 52% pay-cut for two months due to COVID-19.

Things got so difficult that at a point the GFA lent Akonnor and his assistant Duncan a sum of $10,000 which was later paid back.

The former international endured the frustrations of a no-salary until 2021 when he started receiving some of the outstanding payments under new Sports Minister Mustapha Ussif.

CK Akonnor presently has outstanding salaries of 12 months he has worked for. He stands entitled to an additional 5 months representing the remainder of his contract. The two sum up to $425,000.

Aside the amount owed him in salaries, Akonnor is reportedly entitled to a $50,000 compensation in the case of unjustifiable termination.

It has also been established that Akonnor’s first assistant, David Duncan received his monthly entitlement only 11 times during their 19-month spell. Like Akonnor, he also had five months left on his contract.