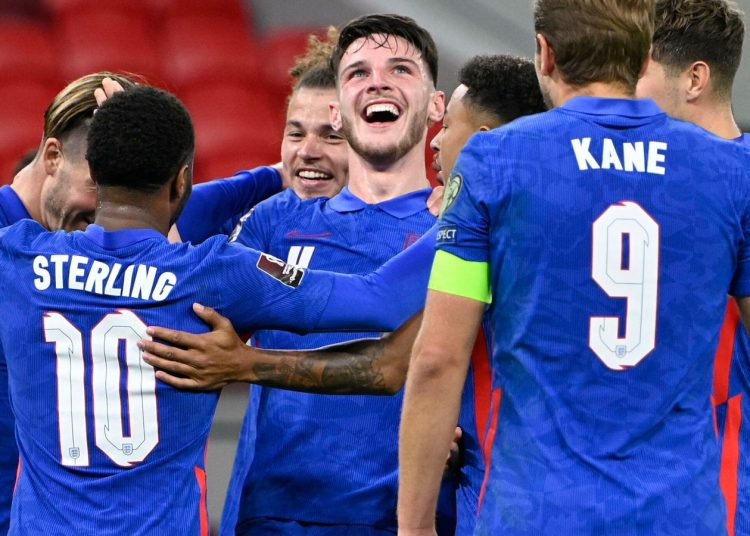 England have moved up to third in the latest FIFA men’s rankings to claim their joint-highest position since the rankings began.

It is the first time England have been in the top three since September 2012 and have only ever been in that position for two months since the rankings were introduced in 1992.

England were in 13th place when Gareth Southgate took charge in 2016.

The top two positions stay unchanged with Belgium the highest-ranked team in the world and Brazil placing second, ahead of England.

FIFA are expected to use the current rankings in the upcoming World Cup draw, meaning England would be one of seven nations in pot one – along with tournament hosts Qatar.