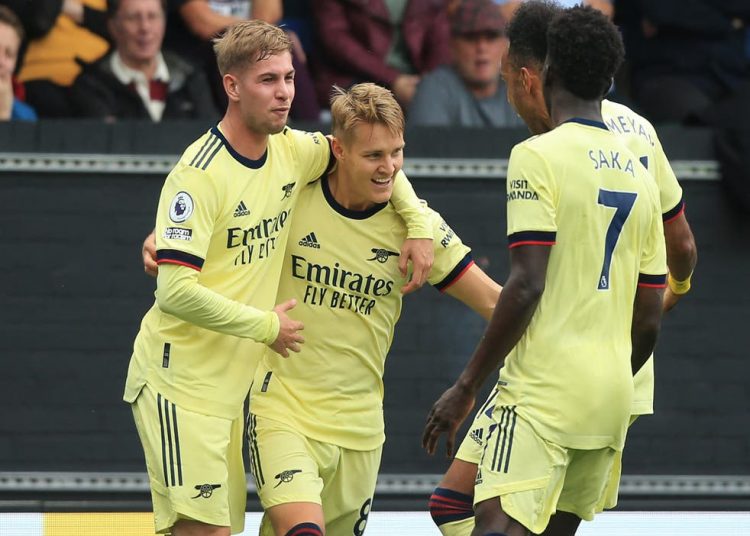 Odegaard scored his second Premier League goal, and his first since joining Arsenal permanently from Real Madrid in the summer, on the half-hour mark as Mikel Arteta’s side followed last weekend’s maiden victory over Norwich with another three points.

Burnley succumbed to a fourth league defeat in five but were aggrieved not to get at least a point from the game when a controversial VAR intervention saw referee Anthony Taylor’s overturn his decision to award the Clarets a penalty after Aaron Ramsdale had tripped substitute Matej Vydra seconds after he pointed to the spot.

The victory lifts Arsenal up to 12th in the table and signifies a turning of the corner for the Gunners after defeats in their first three games. Burnley, meanwhile, sit second bottom in the table with just one point.