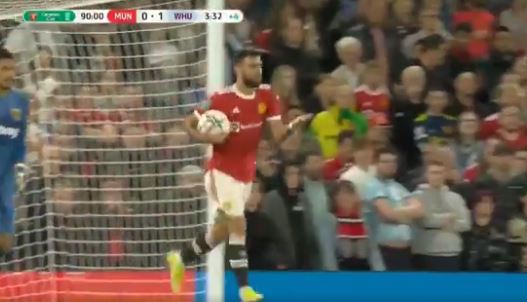 More often than not, Bruno Fernandes steals the show whenever he plays for Manchester United.

In most cases he’s United’s hero, scoring goals or making them for his teammates.

On Wednesday night, however, Fernandes stole the headlines for different reasons. 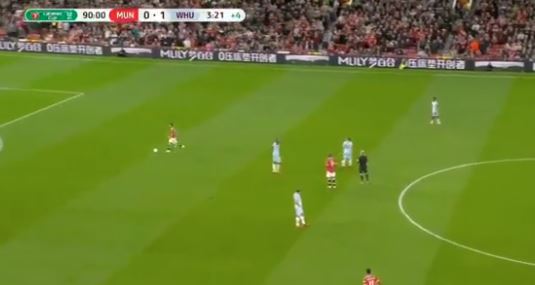 With Man Utd down 1-0 at Old Trafford to West Ham, in stoppage time in their Carabao Cup encounter, the away side were eating up the time any way they could.

This culminated in them delaying a drop ball, which frustrated the Portuguese so much he pounced on the ball sprinted forward and put it in the back of the West Ham net to cheers from the home crowd.

The referee, of course, ruled it out, which upset him even more as he grabbed the ball and sprinted back to the centre line.

United eventually lost the game, crashing out of the League Cup, which only intensified the trolling from fans of opposing clubs on Twitter.

The desperation levels were at sky high pic.twitter.com/lShaKNV6nu

The football novice 😆. What I like is that he again sped past the goalkeeper to collect the ball and brought it back. That is called, taking responsibility for being foolish. Putting that into context, time is of the essence for Utd.

The United fans in the background celebrating aswell🤦‍♂️